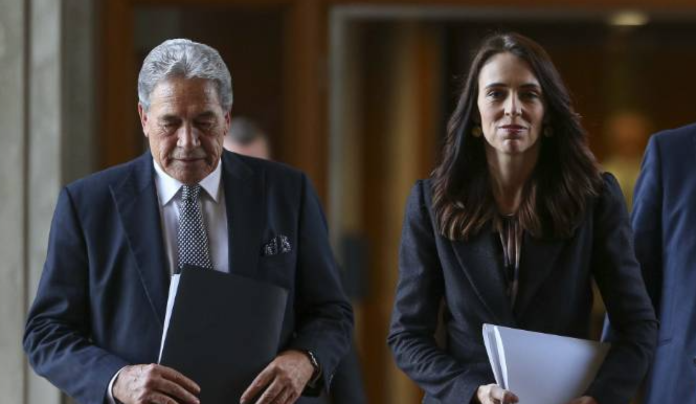 HAVE YOU SEEN THIS?

Thank you for signing. Please forward this email on to others who may want to sign.

Changing our country’s name and town and city names is just dumb extremism.

We are not changing to some name with no historical credibility.

We are for keeping us New Zealand.’

We have decided to launch a petition in opposition to this wokism in order to save our country’s name.

As much as Winston and I parted company years ago – this in my view is the first of a series of winning steps Winne will play to end up the Play Maker come next elections.

This is the step that National should have taken – but with such a pitiful leader (and now compromised that she may not with credibility challenge government’s failure to balance the covid response and accept zero is never going to happen), this simple message appears to have been a commitment she could not make.

Seymour did step up – but now has a competitor who, in my view, will pull the conservatives.

A week’s a long time in politics – and SFO enquiries currently involving NZ First will undoubted be a card played closer to the elections but with a growing majority seriously unimpressed with the constantly changing covid message and increasingly offended at the elevation of Maori above The Rest of we who make up New Zealand, Winston too has a number of hands he can play to capture the business sector and believers in New Zealand.

This step will deliver a huge sigh of relief among thousands who were beginning to read, “real estate for sale in Australia”.

Of course, in my experience in politics, it is always prudent to ask oneself, who pays the piper?  But in the case of the policy enunciate below by Winston, I can see no benefit for a dark hand.

Whereas, I do question the integrity of Government funding to main stream media to promulgate its imposition of Maori on the masses, which I consider to be a case of a piper playing a tune.

For NZ First, its early days and a lot of water yet to go under the bridge.  Perhaps there may be a bounty of fish in that water? Who knows?

As I predicted: Arise Sir Winston. (1)