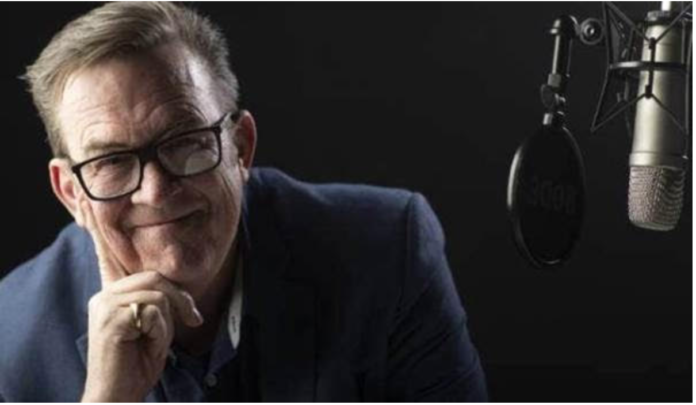 IT’S ONE OF THOSE throwaway lines which, precisely because so little conscious thought was given to it, tells us so much. The author, Andrea Vance, is an experienced political journalist working for Stuff. The subject of Vance’s throwaway line, Sean Plunket, is an equally experienced journalist. It was in her recent story about Plunket’s soon-to-be-launched online media product “The Platform”, that Vance wrote: “Plunket’s dalliances with controversy make it easy to paint him as a two-dimensional character: a right-wing, shock-jock with outdated views on privilege and race.”

It’s hard to get past those first four words. The picture Vance is painting is of a dilletante: someone who flits from one inconsequential pursuit to another, taking nothing seriously. And, of course, the use of the word “dalliances” only compounds this impression. To “dally” with somebody it to treat them casually, offhandedly – almost as a plaything. Accordingly, a “dalliance” should be seen as the very opposite of a genuine commitment. It smacks of self-indulgence. A cure, perhaps, for boredom?

In Vance’s eyes, this indifference to matters of genuine and serious concern distinguishes Plunket as a “two-dimensional character”. It reduces him to a cardboard cut-out, a promotional poster, a thing of printer’s ink and pixels – insubstantial. Or, which clearly amounts to the same thing as far as Vance is concerned: “a right-wing, shock-jock with outdated views on privilege and race.” Dear me! The scorn dripping from those words could fill a large spittoon!

As if the holding of right-wing views somehow renders a person less than three-dimensional. As if conservative thinkers from Aristotle to Thomas Hobbes, Edmund Burke to Carl Schmidt haven’t contributed enormously to Western political thought. As if Keith Holyoake, Jim Bolger and Bill English aren’t respected by New Zealanders of all political persuasions for their rough-hewn dignity and love of country. To hold right-wing views isn’t a sickness, It doesn’t make you a bad person. It merely denotes a preference for the familiar; a wariness of the new; and a deep-seated fear of sudden and unmandated change.

As for “shock-jocks”: well, that is the sort of broadcasting talent commercial radio producers are constantly searching for. People of energy and enthusiasm, with a way of communicating both qualities to the radio station’s listeners. And if they also have a talent for decoding the zeitgeist on air: for tapping into the audience’s anger and frustration; and giving voice to their hopes and their fears? Why, then they are worth their weight in gold – and usually get it. The more people a “shock-jock” glues to the station’s frequency, the more the advertisers will be prepared to pay. That’s the business.

Perhaps Vance should have a word with the people who pay her salary: perhaps they could explain where all that money comes from.

The most important words, however, Vance saves for last. What really confirms Plunket’s lack of three dimensions are his “outdated views on privilege and race”. It is with these six words that Vance betrays both herself and her newspaper.

Who says Plunket’s views on privilege and race are “outdated”? According to whose measure? After all, his views on privilege and race correspond closely with those of Dr Martin Luther King. Is Vance asserting that Dr King’s view that people should not be judged by the colour of their skin, but by the content of their character, is outdated? Is she suggesting that a poor white man has more in the way of privilege than Oprah Winfrey? Or that the privileges which flow from superior economic power and social status count for less than those attached to race, gender and sexuality?

The answer is Yes. Those who declare such views to be “outdated” are, indeed, making all of the claims listed above. This locates them among a relatively narrow section of the population: highly educated; paid well above the average; more than adequately housed; and enjoying all the “privileges” accruing to those who manage the bodies and shape the minds of their fellow citizens.

Andrea Vance is a member of this truly privileged group, and so, at one time, was Sean Plunket. So, why the sneering condescension? Why the scorn? The answer is to be found in the new priorities of the truly privileged; the people who actually run this society. They have determined that their interests are better served by fostering the division and bitterness that is born of identity politics. Rather than see people promote a view of human-beings that unites them in a common quest for justice and equality, they would rather Blacks assailed Whites, women assailed men, gays assailed straights, and trans assailed TERFS. In short, the “One Percent” have decided that their interests are better protected by corporations, universities and the mainstream news media all promoting the ideology of identity politics.

By setting his face against this new “Woke” establishment, Sean Plunket the conservative poses as large a threat to the status quo as Martyn Bradbury the radical. On the one hand stand those who question the necessity and morality of changes now deemed essential by persons no one elected. On the other, those who insist that such divisive policies will produce results diametrically opposed to their promoters’ intentions. Right and Left, joined in an “outdated” search for the common ground that makes rational politics possible. The place where both sides are willing to acknowledge and agree that, in the words of John F. Kennedy:

“[I]n the final analysis, our most basic common link is that we all inhabit this small planet. We all breathe the same air. We all cherish our children’s future. And we are all mortal.”