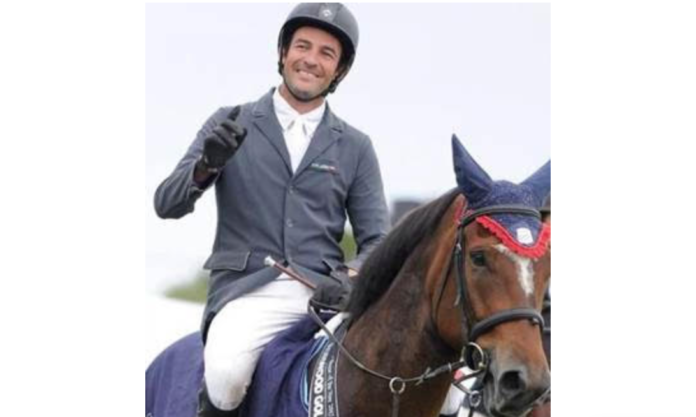 THE UPPER-CLASS ABSCONDERS from Auckland’s Level 4 Lockdown have done the rest of New Zealand a favour. They have exposed, in the most dramatic terms, the true extent of the social gulf separating the wealthiest New Zealanders from the poorest.

Just for a moment, the “average Kiwi” has been given a glimpse of how the upper-class lives. In this world of thoroughbred horses, bucolic rural estates, powers-that-be parents, and million-dollar holiday homes, the triumphs and tragedies of ordinary people simply do not register.

What has registered with ordinary people, however, is that the importance of following “The Rules” depends entirely on one’s position in the social hierarchy. Rule-following is crucial to the management of the wayward masses, but, for the people in whom the system reposes its greatest trust, playing by the rules is, clearly, optional.

I shall never forget the moment when my confidence in the notion that New Zealand was a country without great extremes of wealth was profoundly shaken. I was on my way north to Christchurch with some Dunedin friends, and we were passing through the North Otago countryside where I grew up. Quite how the subject of “Cosy Dell” came up, I can’t remember, but somehow I persuaded our driver to make a quick detour off Highway One so that we could all view this picturesque holiday spot perched on the banks of the Waianakarua River. When we got there, however, what I had prepared them to see bore no resemblance to the reality that awaited us.

You see, when I was a little lad, Cosy Dell had the sort of holiday homes familiar to all New Zealanders. Scattered amongst the native bush were the modest “cribs” (as South Islanders insist on calling batches) that families had built as more effective protection against the elements than canvass. Off the beaten track, land was purchasable by all but the most indigent souls. And the building codes? Well, they were as ramshackle as the holiday homes themselves. The first five decades of the twentieth century, in New Zealand, were freer and easier times. It was the quaint evidence of these far-off decades that I expected to see. What I actually saw was the 1980s.

Perched on the bush-covered hillsides of Cosy Dell were mansions masquerading as holiday homes. Architect-designed houses that would have graced the fanciest streets of Remuera, Khandallah, Fendalton and Māori Hill. And they were empty! Hundreds-of-thousands-of-dollars-worth of real estate just sitting there among the trees – unoccupied. Everyone in the car stared at these “cribs” open-mouthed.

Scarcely believing my eyes, I exited the vehicle and walked along the road, looking around despondently for the holiday homes of yesteryear. My friends joined me, taking in the rattle of the swift little river and the tinkling calls of bellbirds in the branches. Eventually, we spotted what was left of a genuine crib – looking like a tramp at the Ritz. Shaking our heads in disbelief, we got back in the car, and re-joined the highway to Christchurch.

That was when I first grasped what was happening to New Zealand. Even before the sweeping changes of Rogernomics, the gap between the rich and the poor was widening. I knew all about Wanaka and Lake Hayes, the places where Dunedin’s wealthiest citizens spend their summers. I’d heard the stories about swimming pools, private tennis courts and palatial retreats. But all that was no more than I expected. Elites discreetly showing off to members of their own class, in the places where their class went to show off. That sort of conspicuous consumption was as old as Pompei. But Cosy Dell! Who the hell had enough money to build a mansion in Cosy Dell? Who was going to see it?

I suppose I should have been grateful that the upper-class still felt it advisable to exercise discretion when it came to displaying their wealth. It was only out of the purest nostalgia that I had returned to Cosy Dell. That this tiny, virtually unheard of, holiday resort had, in the 16 years I had been away, become a place of astonishing opulence, took me completely by surprise  . Most travellers drove straight past the turn-off without a second glance, blissfully unaware of its existence.

That was all about to change, of course. All that upper-class discretion, which hid the family pile behind high walls and mature trees. After 1984, it lasted about as long as an asset-rich private company in the sights of Brierley Investments. By the late-1980s the cry of the nouveau riche was: “If you’ve got it, flaunt it! Fuck the poor!”

And they did – royally.

And they still are, it seems, and not just the poor, but the middle-classes as well! Indeed, it’s hard to know who was more pissed-off with the Auckland Absconders – the very poor or the moderately well-off? Historically, at least, it is the furious ambivalence of the middle-classes which those at the very top of the social pyramid should fear the most. The petit-bourgeoisie believes in nothing so much as following the rules, so it is dangerous in the extreme for the upper-class to laugh at their self-righteous obedience. Even more dangerous, however, is setting up a situation in which the story of Anacharsis and his web strikes a raw nerve.

The Web of Anacharsis? Why, I thought you’d never ask!

“Your laws are like cobwebs,” declared the Scythian prince, Anacharsis, to the celebrated Athenian lawgiver, Solon, more than two-and-a-half millennia ago: “for if any trifling or powerless thing falls into them, they hold it fast, but if a thing of any size falls into them it breaks the mesh and escapes.”

Or should that be “absconds”?