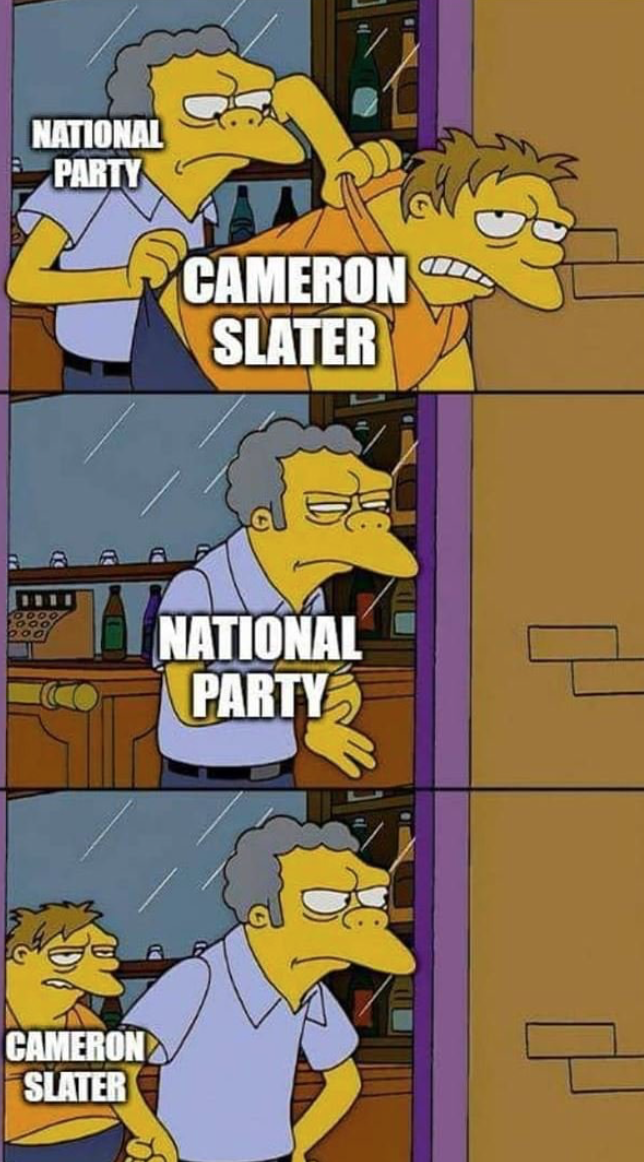 The UMR poll from August 31 to September 6 has Labour up two points to 45 per cent, and National back down to 26 per cent.

As Auckland struggles to get out of Level 4 and everyone wants to publicly hang the Wanaka absconders, the latest client UMR Poll drops to give an indication how the political fortunes of our Political Parties have fared during the Delta lockdown.

As always there are winners and losers.

Jacinda: Her personal rankings are up 5 points, her leadership during Delta was tested once again, and once again she has passed with flying colors. Her tenacity and courage saved the country again and voters are thanking her. Despite welfare reforms going nowhere, poverty going backwards and a housing crisis entering the apocalypse state, people love Jacinda so much she could eat a kitten live on TV and tribal Labour would blame the kitten for being delicious! Ask most Labour voters to name one single Labour policy and they will say, ‘Jacinda saved all our lives” – when that’s your base line, she is untouchable.

ACT: As TDB has been pointing out since the 2020 election, ACT are now the right wing values party and because of National’s implosion, they stand a chance of not only catching up with National’s party vote, but actually over taking them. Watch them go full blown racist to own the reactionary red neck vote. Seymour is playing to kill National, not win the 2023 election. They will soar once the Hate Speech madness begins.

NZ First: Based on previous years data, If Winston is on 4.1% this far out of the election, he is over 5% come 2023. Right wing voters disillusioned with National and frightened of ACT will want a hand break on Labour’s social engineering and a means to choke off the Greens. Only death can stop Winston.

Oranga Tamariki: They must be so thankful for Delta distracting the attention of the media and electorate from their insanely racist Critical Race Theory uplifts of Maori children from white step-families. Having the CEO attempt to influence a Judge in the middle of an ongoing case is Donald Trump level molestation of due process.

Public Health: NZ has put the people before money and that shock wave has resonated around the world with pundits attacking Jacinda for not having the ‘courage’ to allow Delta to kill her people. Remember that.

National & Judith: Every passing week feels more like the bunker scene with Hitler. Judith screaming in paranoia and re-writing her enemies list while her Generals grimace. The attack on Dr Wiles and using Slater again is akin to Trump smoking meth in terms of toxicity. Actual radioactive waste is less damaging than Slater. Judith is trying to wrestle points off ACT but no matter how hard she blows her dog whistle, the reactionary right have already left National for good. National are in a death spiral which neither Luxon or Bridges can pull them out of.

Labour: Yes, great result for Jacinda, but pushing Labour up 2 points in lockdown compared to the 55% they enjoyed last lockdown shows their ceiling and the minute lockdown is over, the housing crisis, poverty crisis and inequality crisis all return alongside the terrible Hate Speech laws. It’s all downhill for Labour.

Greens: Who? Dropping down to 6% is bad but the possibility of NZF coming back will snooker the Greens into irrelevance again.

Travel Bubble: A vast majority think Covid will get worse and want the borders shut. They don’t care about Kiwis stuck overseas and they care less about migrant workers, those voters will swell the ranks of ACT as David promises open borders.

The big take away is the real possibility of NZF returning and ACT eclipsing National. With the only way down for Labour, they will still win 2023 but will need Winston and the Greens to do it. Winston’s price will be a gag on the Greens.