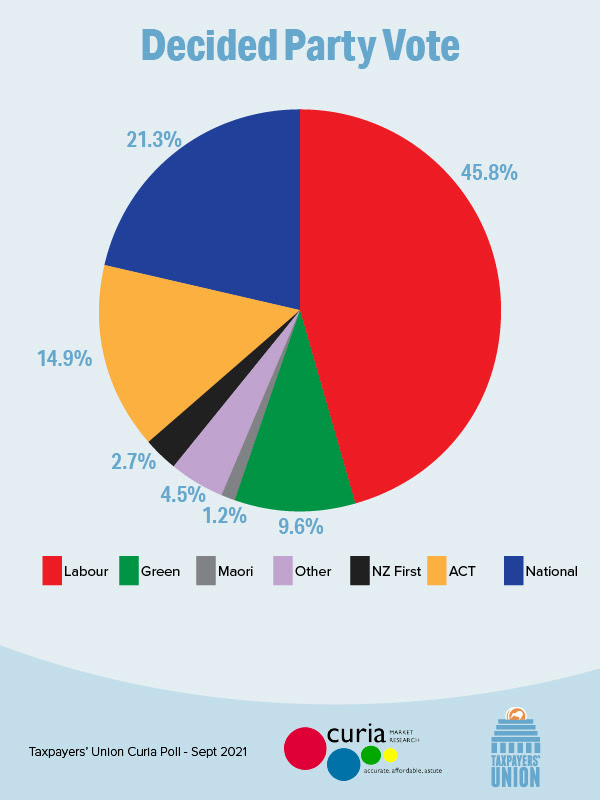 So the Taxpayers Union has teamed up with National’s pollster David Farrar to produce their own polls.

It’s interesting not in the polling they generate but in the narrative they are trying to spin.

Sure, Taxpayers Union and Kiwiblog are evil, but they are smart and watching them draw conclusions gives you real insight as to what they are up to.

ACT: On these numbers my prediction ACT will overtake National by 2023 is well on track. Remember TDB made that prediction well before the rest of the pundit class.

NATIONAL: On these numbers they couldn’t get laid in a monkey brothel wearing banana costumes. Is David Farrar on a self harm watchlist?

I think that National MPs are so hopeless and gutless at completing a successful coup against Judith that external mercenaries like the Taxpayers Union and Kiwiblog are teaming up to either provoke one themselves or to ensure they control ACT when it eclipses National.