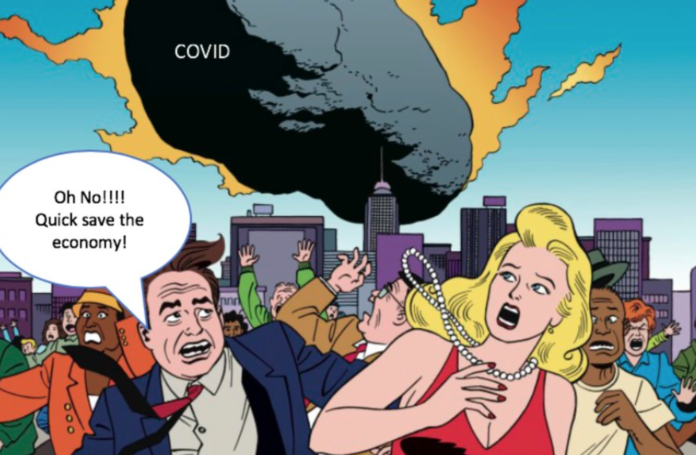 It’s not realistic to stay at zero Covid

…it’s a real culture divide I think. Middle class volk are vaccinated, have money to burn & are itching to get back to their lifestyles while the most vulnerable who will bear the brunt of mortality & illness don’t have that security.

He claims NZ is a place of low key chums who are easily tricked by the hollow promises of globalization.

He paints the sudden desire to lock NZ away from the world as a xenophobic mean streak.

He doesn’t acknowledge that for the NZ working class domestics who have been priced out of home ownership, who have been left to fight migrant workers and international students for rentals, jobs and access to basic infrastructure don’t see globalization as anything other than a curse.

Ben and his middle class chums at Stuff want their globalization back thanks and luckily for them Labour, Greens, National and ACT are all right behind them.

Thankfully the realities of Covid and the climate crisis will overtake them all.

Just as Trump ignited an American working class who had been mutilated by free market globalization, the political conditions for a radical break from that neoliberal globalization consensus grows beneath the beltway radar with every passing month.

The middle class globalists want us to accept Covid death and sickness so they can get their lifestyles back, but a self sufficient Fortress Aotearoa will only gain more and more support as the climate and Covid get worse and worse.

Imagine a Winston Peters barnstormer whereby he uplifts Robert Muldoon and argued he was right at the wrong  time.

Imagine how popular a closing the border position would be amongst the working classes who have been swamped by mass immigration, scarcity of housing and infrastructure stress.

Globalization on a burning planet is dead.

If not Winston, then another more extreme version.