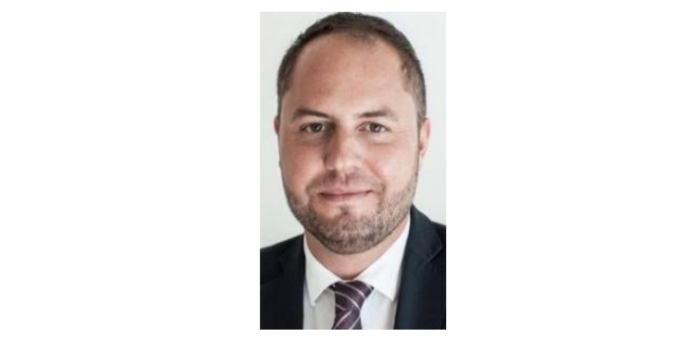 IF YOU WANT to understand what’s rotting the Labour Party’s political soul, read Neale Jones’ latest posting on The Spinoff.    A really good novelist would struggle to create a more self-characterising narrator than Neale. With refreshing candour, he pours scorn on all the elements of participatory democracy and heaps praise upon the crushing power of the centralised state.

As Chief-of-Staff to both Andrew Little and Jacinda Ardern, we can only assume that Neale ticks all the boxes of the contemporary Labour Partyapparatchik. As the current CEO of the PR/Lobbying firm, Capital Government Relations, it is equally safe to presume that he knows his way around the capital city’s power grid. In short, Jones is the very model of a modern Labour mover-and-shaker.

Which is why we should all be very worried.

Neale’s posting is all about the Wellington City Council’s spatial plan and to what degree it will clear the path for wealthy property developers to bulldoze the capital city’s architectural heritage into a pile of rubble. Not that he puts his case quite that bluntly. Rather than present himself as the friend of soulless high-rise property development, he has cast himself in the role of the poor and downtroddens’ fearless champion. The homeless must have homes, and Neale is adamant that the same beneficent state that gave us Kiwibuild, is going to provide them with shelter from the storm.

And who, do you suppose, is the villain in this local government morality play? That’s right! It is none other than our old friend “Nimby”. Those ageing, selfish, well-heeled, owners of Wellington’s architectural history, whose lovingly maintained homes make Wellington the finely-cut cultural gem New Zealanders so admire. It is these, the not-in-my-backyard Baby Boomer bastards, who have dared to object to the idea of replacing the city’s rich housing heritage with buildings that look like the boxes the buildings that should have been constructed came in.

Worst of all – from Neale’s perspective – Nimby is winning! All these devilish defenders of antique weatherboard and roofing iron; red-brick, stained-glass and ceramic tiles; are defeating the forces of concrete and steel by arming themselves with  – of all things! – the instruments and processes of democracy. And, boy! does that make Neale mad.

This is how he describes the way the Wellington City Council’s planning process used to work:

“It’s fair to say that until recently Wellington City Council planning processes had not been a subject of fierce public debate. The council would put out consultation documents, residents’ associations and a few local government anoraks would respond and nothing would ever change. Property values rose regularly, home owners’ views and amenity were protected. Capital gains were leveraged and property portfolios built. From the perspective of home owners, the system appeared to be working well.”

Those “home owners” – just in case you were wondering – comprise the overwhelming majority of Wellington’s ratepayers. So, yeah, the system was working exactly the way democratic theory says it should work.

And, just in case you missed it, note the use of the word “anoraks”. Clearly, any citizen who takes an interest in the life of their city is some sort of sad obsessive; someone urgently in need of getting a life. Isn’t it great to know how Labour’s movers-and-shakers view the active citizen? Apparently, only the CEOs of PR/Lobbying firms are allowed to influence the outcomes of official decision-making processes. CEOs and Big Government. Because Neale was just getting warmed-up with his snide reference to anoraks.

Try this on for size:

“The evidence around the world shows that local government is structurally unable to stand up to nimbyism. Low voter turnout heavily favours existing property owners, leaving councillors too exposed politically. Public consultations are dominated by vested interests: those who suffer the most from housing shortages are the most transient, the least engaged. The answer is for central government to simply force councils to allow more housing.”

Hooo-weee! Ain’t that a doozy? The answer is for central government to simply force councils to allow more housing. Neale wants the full force of the state to be brought to bear against anyone – Nimbies, anoraks and city-councils alike – who dares to get in the way of “the most transient” and “the least engaged”. (Although, if you think about that for a minute, you’d have to question how, in the absence of full-on political organisation, the transient and the least engaged could ever get themselves in a position where anybody needed to get in their way.)

Okay, okay, I know what you’re thinking. Shouldn’t all good socialists be cheering Neale on at this point? Isn’t Labour supposed to be the party that brings the power of the state to the aid of the poor and needy? Well, yes, it surely is. Unfortunately, this Labour Government does not contain the modern day equivalent of John A. Lee, or Mickey Savage, or Peter Fraser. All we’ve got is Phil Twyford, “Jacinda” and Grant Robertson – which isn’t quite the same thing!

No. Neale’s solution has very little to do with the democratic socialism of the 1930s and 40s. The Labour Party of the Twenty-First Century isn’t about organising the poor and the marginalised into a mass political movement capable of taking over city councils and winning majorities in Parliament. It’s about clearing the way for private enterprise to make its profits. And if that means clean-bowling people’s homes to make way for high-rise apartments: dwellings in which you may be very sure the “transient” and “least engaged” will never set foot; then so be it.

I’ll tell you what, though. I could be persuaded to change my mind. If Neale was to give up his CEO’s job at Capital Government Relations, and become a community organiser dedicated to seating the transient and the least engaged at those City Council planning hearings. If he could rope-in the country’s best and most progressive architects to work with the poor and downtrodden in designing the sort of housing they would like to live in. And, if those same poor and downtrodden – now with something to vote for – could be persuaded to cast their ballots for candidates pledged to building those houses. Well, then I would know that Labour’s soul has not rotted away, and that its movers-and-shakers are moving and shaking for somebody other than the rich and powerful.