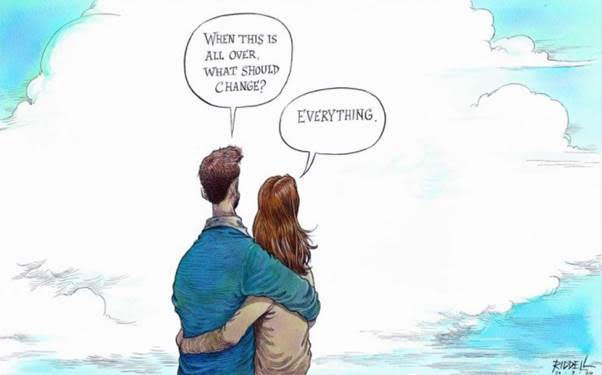 CONSERVATIVE NEW ZEALANDERS are up for grabs. Not since the early-1990s, when Winston Peters and Jim Anderton harvested thousands of votes from deep inside National’s heartland, has there been a better time to engineer a profound realignment of this country’s politics. If Jacinda Ardern, Labour and the Greens play their cards right (or, more accurately, centre-left) New Zealand could become a social-democratic haven to rival Scandinavia.

Let’s begin by acknowledging the upwards of 250,000 former National Party voters that Labour already has in its column. The pollsters of both parties have confirmed that most of these switchers are women aged 45 years or older. Obviously, a large number will also be mothers with deep and abiding concerns about their children’s future. Already, by shifting their vote from National to Labour, they have signalled their openness to new economic, social and environmental priorities. Though very far from being radicals, they do recognise that if the conditions they value most are to remain the same, then everything will have to change.

This is the political mood that gives rise to the oxymoronic concept of “radical conservatism”: a state of mind distinguished by a willingness to embrace new strategies to achieve old goals. A middle-class concerned about preserving its own social status, and determined to prevent its children being forced to occupy a lower level of the socio-economic hierarchy than themselves, will do just about anything. Given sufficient incentives, it can be persuaded to vote for the Left. Given a big enough fright, the middle-class will flee in panic to the Right.

The left-wing Chilean academic, Ariel Dorfman, who worked closely with the 1970-1973 administration of Chile’s socialist President, Salvador Allende, makes some important observations about the middle-class and how it should be treated by left-wing activists. In his 1999 memoirHeading South, Looking North, he writes movingly about the way Allende’s young followers simply “evaporated” those who did not accept their vision of the future:

It was difficult, it would take years to understand that what was so exhilarating to us was menacing to those who felt excluded from our vision of paradise. We evaporated them from meaning, we imagined them away in the future, we offered them no alternative but to join us in our pilgrimage or disappear forever, and that vision fuelled, I believe, the primal fear of the men and women who opposed us … [T]he people we called momios, mummies, because they were so conservative, prehistoric, bygone, passé … [W]e ended up including in that definition millions of Chileans who … were on our side, who should have been with us on our journey to the new land and who, instead, came to fear for their safety and their future.

If Dorfman’s words strike a chord with observers of contemporary New Zealand politics, it is surely because so many of our own young leftists evince a similar degree of impatience with those who refuse to adopt immediately, and without reservation, their own “woke” vision of paradise. It is one of the biggest challenges that Labour and the Greens will face: learning how to communicate with conservative New Zealanders. How to reassure them that the Left’s goals and their own are congruent – not conflicting.

The most obvious issue around which a large measure of unity can be built is housing. For middle-class families, the inability of their offspring to enjoy the independence and security that flows from having a place to call one’s own is deeply disturbing. A state-funded and executed programme to construct not only state houses but also state apartment buildings would draw off a significant amount of pressure from the housing market, flattening prices and expanding the supply of affordable houses as rents fell and landlords offloaded their properties to first-home buyers.

Such a dramatic expansion in state-owned, rent-controlled properties (built by the state’s own construction corporation and workforce) would also have an immediate impact on the poverty and inequality afflicting working-class New Zealanders. The money freed up by significant reductions in rent; the educational and health benefits flowing to children from the provision of permanent, well-constructed and healthy places for their families to live in; as well as the employment opportunities provided by the state’s crash housing programme; all would go a long way towards rapidly improving the living standards of the poorest New Zealanders.

Another means of cementing-in the support of professional middle-class New Zealanders, and small-business owners, would be to embark on a comprehensive expansion of tertiary and trade-training across New Zealand.

The Covid-19 pandemic has exposed the extent to which this country relies upon foreign (read cheap) labour to keep a multitude of its industries running smoothly. A strong commitment to “indigenise” the New Zealand workforce: firstly by training the necessary numbers of workers required; and, secondly, by requiring employers to pay all New Zealanders a living wage in working conditions conducive to lifting productivity across the board. A subsidy could be paid to small, under-capitalised employers, to ease their transition from the old system to the new.

The pandemic has similarly exposed the tertiary sector’s reliance on full-fee-paying foreign students. A reduction in the number of New Zealand universities, the abolition of student fees, and a strict limit on the number of foreign students would restore a measure of sanity to these necessarily elite institutions. They could once more become places of higher learning and public-good research, bringing to an end their tawdry existence as over-priced and commercially-driven degree factories.

These are but two proposals that could be described as middle-class and conservative friendly. A government prepared to listen to its people would be certain to hear many more.

The restoration of New Zealand to its former status as a “property-owning democracy” – a goal as enticing to its working-class as it is fondly remembered by its middle-class – holds out the promise of a political journey upon which the overwhelming majority of voters can embark together. Making home ownership something to which all New Zealanders could aspire, transformed National into the “natural party of government” for nearly four decades. By making it available again, Labour can acquire the time it needs to transform New Zealand into the Sweden of the South Seas.