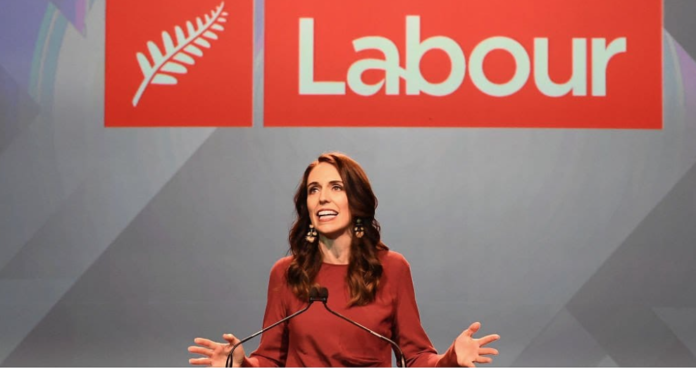 There’s a mood circulating among some circles that it would end badly for the Green Party in 2023 should it negotiate a part within a now-powerful Labour-led government.

The argument goes; that should the Greens negotiate roles within the new Government, that their voice and policies would be watered down, rendered irrelevant by the large, expanded, Labour Party. That Labour’s success in being able to govern alone would mean the Green Party’s place and purpose would be seen to be irrelevant.

It boils down to a resistance to govern for fear of being seen as mediocre.

But the counter-argument suggests: should the Green Party bow to the above narrative – to shy away from an opportunity to assert its core environmental and climate policies, to abandon the ability to inject itself into the new Executive Government’s priority policy settings – then it would relegate itself into legislative insignificance and potential political oblivion by 2023. It would also pay-waste to the ministerial experience, gains and momentum that its members of Parliament established during the 2017-20 term.

It can be argued, the Greens have proven that the Red-Green tag-team works. Unlike Winston Peters’ New Zealand First, the Greens have experienced an increased share of electoral and party list support, despite one-spectacular own goal, and despite being in government as a smaller party within the 2017-20 Labour-led Government. That is redefining MMP history.

Traditional Green support (that withdrew in large numbers during the 2017 election campaign) returned in part in 2020 perhaps to assist their Green Party to survive. The effect: the Green Party avoided the sub-five percent dry horrors and indeed secured a generational-shift with Chloe Swarbrick’s impressive win in Auckland Central.

As such, the Greens have made history, defining a maturing of New Zealand voter behaviour where, as a third party, have increased voter support after presiding over significant ministerial portfolios in partnership with a large party-led government.

The Greens should avoid the cautious, strategic trap. Should the Greens shy away from negotiating, then they will likely commit themselves to a future of legislative irrelevance. That scenario would see its natural partner party Labour – under Jacinda Ardern, an environmentally and climate change sensitive leader – hoover up good and sound Green Party policy and make it its own.

It appears, Labour does not want to do that.

Labour leader and Prime Minister, Jacinda Ardern, indicated on election night and over the weekend, her wish to embark on consensus building. Her call on Sunday to Greens co-leader James Shaw set out a pathway ahead toward negotiations. While refusing to get ahead of herself on the elements of discussions between Labour and the Greens, she clearly indicated an intention to develop a consensus around policy, and use common ground as a basis of dialogue. Those are strong negotiation points that the Green leadership, caucus and membership can leverage from.

Also, both Labour and the Greens share a need to cement in a consensus-driven red-green bloc, a movement of significance, that could reshape Aotearoa New Zealand society, policy-sets, and the political and economic environment for the next two Parliamentary terms. This was a bloc of significance in determining the make-up of Government in 2017, it played a significant part in Labour’s connection to environmentalism in 2020, and will prove absolutely necessary once Labour’s main opponent, the National Party, re-invents itself to campaign as match fit and as a centre-right cabinet-in-waiting in future election cycles.

This, one get’s a sense, is what drives the Prime Minister’s pursuit of consensus building at a time of absolute power. That, in turn, offers the Green negotiators a powerful lever beyond what the numbers would suggest – ie; mutual interest.

It’s likely, Labour knows the 2020 election result is the zenith of its political successes.

Labour is not a broad-tent party. In Jacinda Ardern, it has exceptional leadership. In Grant Robertson, it has solid, assuring, strategic financial leadership. It has a deep and deepening pool of political talent in ministers that stretch well beyond the top-five. It has a ministerial line up that now has significant ministerial experience. It has a pool of caucus members ready to express their commitment to Executive Government representations. One gets the strong sense it is the party, with the politicians, with the policy sets… for this time. Interventionism, Keynesian economics shaped for the 2020 decade, and a Government with the energy to get things done. The most enduring criticism of the Ardern-led Government is the pace of incrementalism. And that, is something that the challenges of these times can demand be addressed. It is also an idiosyncrasy of which the Green Party can challenge with considerable honest broker-ship. One gets a sense that the elements of a unified red-green bloc could well sustain voter enthusiasm through this term and potentially 2023-2026.

Jacinda Ardern’s wish to build consensus across the centre-centre-left, acknowledges the success of the Green Party’s election campaign. She also has indicated an interest to have discussions with the Maori Party should special votes shore up its election night win in Waiariki. Her comments appear to signal to Maori that the Ardern-led Labour Party wants to work with, and cooperate with, every Maori MP that the Maori electorate voters send into Parliament.

So is the host of Green Party MPs really reluctant to join their successes with Labour’s landslide?

While significant debate is occurring within the party’s membership – again that should the Greens enter into a coalition, then that will end badly for them in 2023 – the Green leadership has indicated an eagerness to negotiate.

Co-leaders James Shaw and Marama Davidson have been clear, there is much work yet to do beyond what they achieved during the 2017-20 term (despite New Zealand First’s centre-right hand-break) and are keen to have their ministers and caucus talent play their rightful part.

Additionally, Chloe Swarbrick’s impressive performance winning Auckland Central demands recognition of significance. A strong signal of resolve and commitment to the generation Swarbrick represents, would be to promote her to the executive so as to initiate her to the demands of ministerial politics and governance. One get’s the sense Chloe will become a highly significant element of future governments, and now would be the perfect time for her to engage in that journey.

Meanwhile, after specials, with a slightly expanded caucus (potentially including the impressive activist Steve Abel) the Greens can definitely broker relevancy on party-based constituency issues, principles, while rolling their collective sleeves up to develop policy throughout the term. Indeed with a larger slice of a Parliamentary Service research budget, the Green caucus can truly embrace opportunities for fact-based environmental activism, and work with like-minded ministers to get real gains for their voters, members, and Aotearoa New Zealand.

Such opportunity does not call for reticence. In other words, the opportunity is reality, the dangers are, at this time, abstract. With political planning, such perceived dangers can be rendered irrelevant and relegated to very last-century thinking.

After all, voters do vote for a party’s policies on the understanding that should they be able to inject those policies into government then real change will be achieved. To shy away from that democratic mandate would be an abuse of the support that the Green Party has been given. 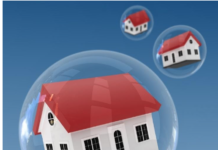 Time to act is now 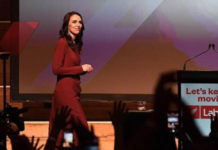 Governing for All of Us. 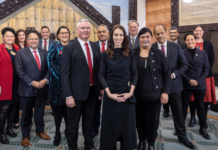