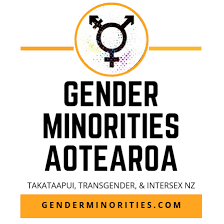 Trans, intersex and rainbow community organisations are very disappointed to hear there will be no progress before the election on a Bill that would make it easier for trans and intersex people to amend sex details listed on their birth certificates. On Tuesday 23 June, the Minister of Internal Affairs confirmed in a media report that there would be no law change this Parliamentary term. Community members are also concerned that a report delivered to the Minister in February 2020 on reducing barriers under the current law is yet to be released.

In February 2019, the Minister of Internal Affairs announced that the Births, Deaths, Marriages and Relationships Registration Bill was deferred. Almost six months later, on 1 August 2019, the Minister announced the appointment of a Working Group to provide her with advice on practical improvements to the current Family Court process.

The Working Group’s role included commissioning the Department of Internal Affairs to conduct interviews with trans and intersex people to hear how to improve people’s interactions with government services involved in the process for amending sex details recorded on birth certificates. Gender Minorities Aotearoa, F’INE, RainbowYOUTH, the Intersex Trust Aotearoa NZ (ITANZ) and other community organisations helped promote these confidential interviews and hosted some in community venues.

“People told us they gave up their time to be interviewed because they wanted to share the barriers they had faced so that the process would improve for other Pasifika people in the future”, said F’INE Director, Phylesha Brown-Acton.

In her media release announcing the Working Group, the Minister identified the financial, time, and dignity barriers trans and intersex people faced under the existing law.

“It is hugely concerning if the Minister has been reported accurately on Tuesday as saying we don’t need to remove any barriers. If the only solutions being considered are about providing education within the courts and to trans and intersex communities”, said Frances Arns, Executive Director of RainbowYOUTH.

“Trans organisations and community groups have been creating and sharing information about the current Family Court process both face to face and online for a long time, and holding community legal clinics”, said Ahi Wi-Hongi, National Coordinator, Gender Minorites Aotearoa. “Education is important but, on its own, is not going to enable more than a small fraction of our community to be able to amend their birth certificates”.

The Aotearoa New Zealand Trans and Non-Binary Health Survey, Counting Ourselves, published in September 2019, found that 83% of participants had the incorrect gender listed on their birth certificate. The most common reason why trans people did not have identification documents with the correct gender marker was because they only had the option of choosing male or female.

“The lack of a non-binary option on birth certificates is an insurmountable barrier for many trans people and requires a law change”, said Counting Ourselves’ principal investigator and University of Waikato Senior Lecturer, Dr Jaimie Veale.

“The Working Group was asked to look at the specific experiences of trans children and their families and of intersex people who want to correct their birth certificate details”, said Tabby Besley, Managing Director, InsideOUT. “We need the Working Group’s findings and progress on the Bill to make schools safer for trans and intersex children and youth”.

“The current law requires evidence from medical experts and a court process. This creates a barrier to access for trans people who may not be able to afford a lawyer, especially trans young people”, said Qtopia 2IC, Jennifer Shields.

“Everyone wants trans and intersex young people to grow up amongst whānau and community who love them and recognise that they are who they say they are”, said Joey Macdonald, Training Lead for Te Ngākau Kahukura. “Young people’s right to an identity is described in the UN Convention on the Rights of the Child. Our current law presents unacceptable barriers to trans and intersex young people amending their official documents to match their identity.”

On 19 June 2020, the Human Rights Commission released Prism, a report and recommendations on human rights issues faced by trans, intersex, and other Rainbow communities in Aotearoa New Zealand.

“The Commission’s report concludes that the current law does not meet New Zealand’s international human rights obligations, because it does not protect trans and intersex people’s rights to self-determination, bodily integrity and non-discrimination”, said OUTLine’s co-chair Moira Clunie. “The passage of the Bill, with improvements recommended by the Commission, will better protect these rights and reflect concerns raised by trans and intersex communities”, said OUTLine co-chair Aych McArdle.

“Intersex people require the freedom of self-determination, bodily autonomy and recognition of their diversity, and this is an inherent right under international law”, said ITANZ Co-President, Dr Rogena Sterling. “Any legal and policy changes regarding official identity documentation must consider the diverse needs of the intersex community in Aotearoa.”

“Aotearoa should be a place where inclusive laws and practices uphold the mana and dignity of takatāpui and LGBTIQ / rainbow people and address the systemic issues that result in discrimination and violence against us”, says Dr Elizabeth Kerekere, Chair of Tīwhanawhana Trust. “We call on the Government to make good on previous assurances of support to our whānau and communities including by supporting the human right of trans, non-binary and intersex people to self-define their identity.”

The human rights issues faced by trans and intersex communities are often invisible. Trans, intersex and rainbow community organisations strongly encourage all political parties to take these issues seriously this election and demonstrate how their policies and actions will meet the human rights obligations set out in the Human Rights Commission’s Prism report. 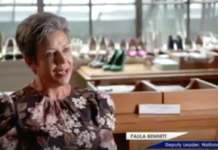 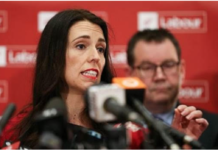 Labour Will Not Win With A Yeah-Nah Strategy 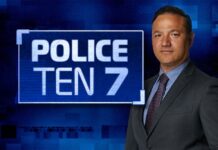 Waatea News Column: Is it time to dump Police 10-7?