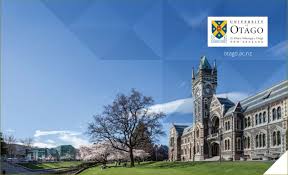 Middle-aged New Zealanders are more likely to be opposed to the legalisation of cannabis than in favour of it, a new study from the University of Otago, Christchurch shows.

Almost half of them opposed the legalisation of cannabis compared with almost 30% of people who supported a law change, when asked about it during interviews with University of Otago, Christchurch researchers. In September, New Zealanders will vote on whether to legalise cannabis, which would mean it was widely available for sale.

While there was not an overwhelming majority of people on either side of the debate for either legalisation or decriminalisation, participants overwhelming supported the medicinal use of cannabis. More than 80% of participants felt doctors should be able to prescribe cannabis products for medicinal purposes.

The study is published in this week’s New Zealand Medical Journal.

Researchers from the University’s Christchurch Health and Development Study (CHDS) interviewed almost 900 people on their attitudes on cannabis harm, legalisation or decriminalisation, and the use of cannabis for medicinal purposes. The participants in the study were all 40-years-old at the time of interviews. CHDS researchers have followed a group of more than 1000 Cantabrians since their birth in 1977 and have data on most aspects of their lives, including drug use.

Christchurch Health and Development Study director Professor Joe Boden says the study is an ideal way to gauge attitudes towards cannabis in New Zealand and help predict the outcome of September’s 2020 Cannabis Referendum. It suggests that middle aged, and older New Zealanders, who are more reliable voters, may be more inclined to be opposed to legalizing cannabis, he says.

Professor Boden says the study showed no clear wish for law change in this section of the community, with less than half of participants in favour of either legalisation or decriminalisation.

“We have extensive knowledge about this group’s cannabis use and, as a group, they have reported relatively high levels of cannabis use. But these results show their attitude to cannabis and cannabis legalisation can best be described as ‘conservative’.”

This may be due to the fact that many of the 40-year-olds in this study have dependent children at home, which is often predictive of a negative attitude toward cannabis and cannabis law change.