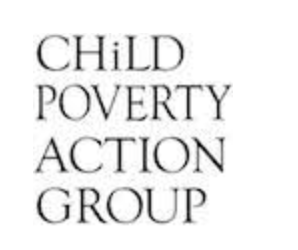 Child Poverty Action Group (CPAG) says that while the Budget Policy Statement 2020 promises to extend Budget 2019’s ‘Wellbeing’ framework and states “reducing child poverty and improving child wellbeing” as a priority, spending plans don’t reflect the urgent welfare reforms needed.
“Many billions of infrastructure spending is promised, but the Government-appointed Welfare Expert Advisory Group indicated the scale of the social deficit when it told New Zealand that the welfare system is broken and needs $ 5.2 billion per year to fix it,” says Associate Professor Susan St John, Economics advisor for CPAG.
“Bricks and mortar are undisputedly important but low-income families do not have enough income to cover the essentials, and children are going hungry in the meantime.”
The Treasury’s Half Year Economic and Fiscal Update 2019 states that Government is “considering” the recommendations from the Welfare Expert Advisory Group along with a number of Tax Working Group recommendations.
“Struggling families and those trapped in the welfare system are in need of far more than a mere consideration,” says St John.
While the Families Package was a welcome catch-up, CPAG says it has not greatly helped the worst-off families and their 174,000 children who fall under the lowest poverty measure in the Child Poverty Reduction Act (40% of the national equivalised, after housing costs median).
“What is urgently needed is a significant increase across all benefits, higher abatement thresholds for earned income, and immediate policy changes to Working for Families,” says St John. “An additional $0.5 billion spent yearly so that the worst-off children get the full package would improve the lives of those children overnight.
“Worryingly, the Statement’s four-year projections show that no such changes are factored in out to 2024. Working for Families is static and will decline in real value for families as has been the pattern in the past if there is no plan to index it to wages,” says St John. “The ongoing inadequacy of welfare benefits is highlighted by the hardship payments that continue to grow.”
CPAG commends the Government’s decision to index benefits to average wage inflation from next year, but first benefits need to be substantially increased.
“Most of the increase in social security and forecast welfare spending is due to stronger wage growth and an increase in recipient numbers for New Zealand Superannuation,” says St John.
CPAG notes that over the five-year period a cumulative $2.4 billion will be spent on the ill-focused Winter Energy Payment.
“Only one thousand of the 780,000 superannuitants opted out,” says St John, “What would be better would be for WEP to be turned into a permanent increase to core benefits. NZ Super annuitants could opt in to an extra payment over the colder seasons.”
CPAG is one of many organisations, including ActionStation, Auckland Action Against Poverty and Lifewise, calling on the Government to show strong leadership and resolve to take the bold steps that are urgently needed to ensure that all children and their families can thrive.