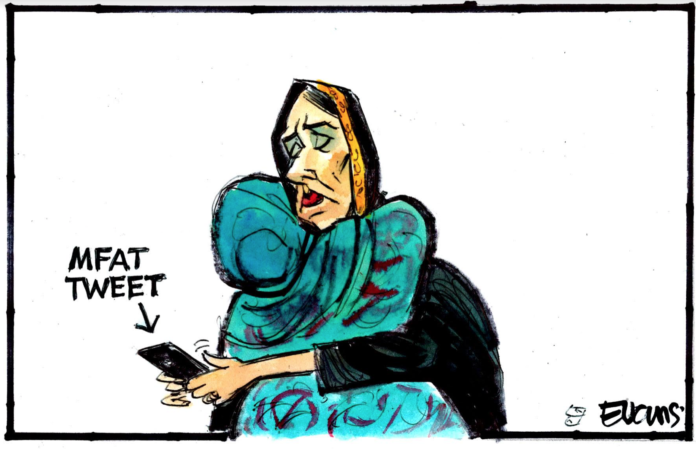 Yes, just one minute of your time is needed to protest the outrageous tweet from the Ministry of Foreign Affairs on 12 November.

What we want you to do right now:

Email the Prime Minister j.ardern@ministers.govt.nz to demand the government remove the racist tweet and condemn the political assassinations carried out by Israel which caused rockets to be launched from GAZA.

(Copy your email to Minister of Foreign Affairs Winston Peters w.peters@ministers.govt.nz and your local member of parliament – no matter what party!)

(Copy your email to your local member of parliament – no matter what party!)

HERE IS AN EXAMPLE OF WHAT YOU COULD SAY:

I am requesting you take action to remove the racist, misleading tweet sent from the Ministry of Foreign Affairs and Trade on 26 November.

This is a particularly vile and misleading message straight from the Israel propaganda sheet.

Anyone reading the tweet would think the rockets came as an unprovoked attack against the civilian population of Israel. They did not.

The rockets were fired in response to two political assassinations conducted by Israel when it simultaneously attacked the homes of two leaders of Islamic Jihad in Gaza and Syria, killing Bahaa Abu Al Ata and his wife in their house in Gaza, and the son of Akram al-Ajjouri in the al-Ajjouri house in Damascus.

Whatever one thinks of the policies and actions of Islamic Jihad they are the micro issue. The macro issue is the brutal, racist behaviour of Israel which has terrorised the Palestinian population of Palestine and the wider Middle East for over 70 years.

But your government is ignoring the biggest crime and the biggest criminals and blaming Israel’s victims for the violence in GAZA. So far at least 34 Palestinians have been killed, including several children. 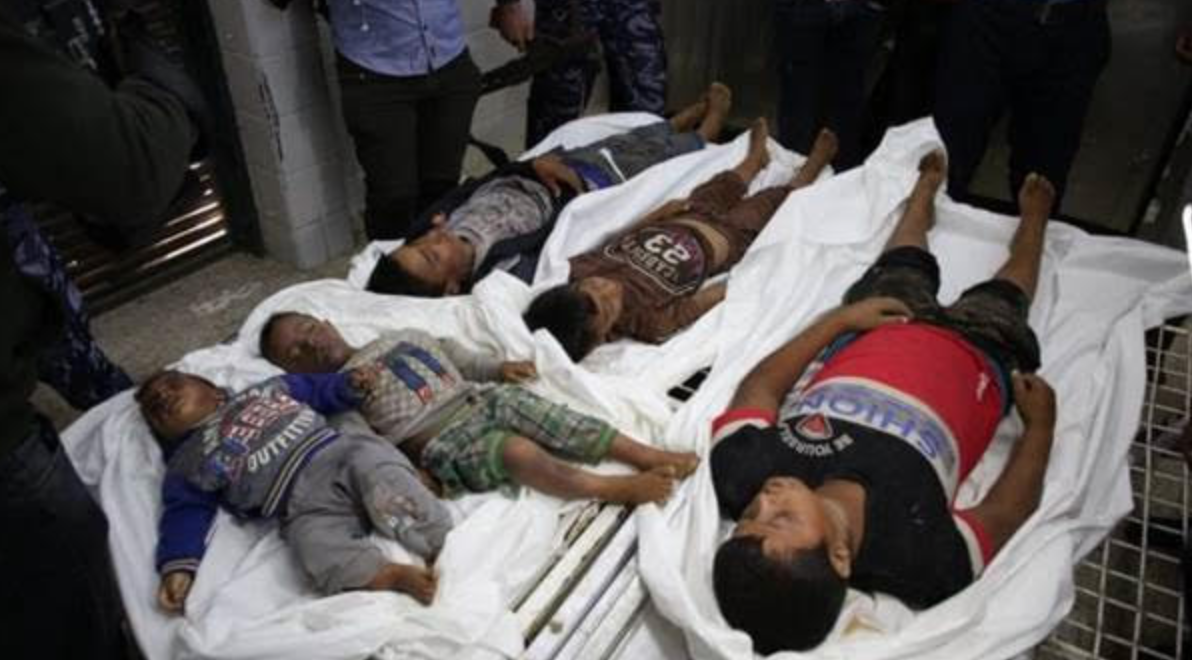 Why is your government condemning the firing of rockets into Israel but giving a nod and a wink when the Israeli government carries out political assassinations and then murders Palestinian children with impunity?

With this tweet you are standing with a brutal, racist oppressor and turning your back on the Palestinian victims.

We expect better from you as leader of our government.

We request you immediately remove the racist tweet and condemn the political assassinations carried out by Israeli and likewise condemn the resulting murder of Palestinian civilians.

Another Example from Christchurch Teacher John Edmundson to the Prime Minister

As a teacher who had to manage a distressed group of school students in lock-down for several hours only a kilometer from the Linwood Mosque shooting, and who lost two longtime friends in the Deans Ave mosque (Haji Daoud Nabi and Junaid Ismail, whom I had known since he was 3 years old) I take the issue of Islamophobic racism very seriously. For this reason I am extremely concerned over the recent MFAT tweet condemning rocket fire into Israel. As has always been the case in the past with this conflict the death toll has been massively disproportionate and in favour of Israel, yet alarmingly, so has this government’s response. In the recent upsurge this week, no Israelis (zero) have died as a result of Palestinian actions but at least 34 Palestinians – women, children and men – have died at the hands of Israeli operatives and their lethal high tech arsenal.  Palestinians who oppose Israeli domination over their lives are meant to feel unsafe anywhere in the world and this threat is backed up with deadly force. So far this year, 98 Palestinians and 10 Israelis have been killed, a ratio of almost 1 to 10, yet it is the actions of Palestinians, an occupied and oppressed people, that is focused on in the tweet. This year’s death toll is by no means atypical. Since 2008 5523 Palestinians (561 women and over 1200 children (989 boys and 245 girls) and 237 Israelis have died.

More Palestinian girls have been killed than the entire total of Israelis. Every single one of these children had a life cut short, leaves a grieving family to try to go on living in the open prison that is Gaza, every day wondering when the next family member will be taken. All these statistics from a United Nations body.

That some Palestinians then choose to retaliate by firing largely ineffective rockets back into Israel is not the real issue here, yet it is the act that drew this MFAT tweet. In the context of the ongoing conflict in Israel/Palestine, this one-sided response is clearly racist. I find myself compelled to ask, what value does this government put on those Palestinian lives when its official agency takes such a one sided stance? When since 2008, 23 times as many Palestinian have died and our government chooses to express how “deeply concerned” it is over the desperate acts of the oppressed, I truly wonder where our humanity lies and whether we have in fact come to see Israelis as ‘like ourselves’ and Palestinians as ‘other’. It is the equivalent of having singled out an act of resistance by the ANC while remaining quiet about daily aggression by the Apartheid South African regime, a parallel made starkly clear by Archbishop Desmond Tutu. Such partisan treatment of the issue of Israel/Palestine, which conforms entirely to Israel (the occupying power)’s agenda can only give succour to Islamophobia in this country and internationally, since New Zealand is seen as a world leader in this area of international relations. The Christchurch shooter will, I am sure, be delighted to learn that our government is presenting interim Prime Minister Benjamin Netenyahu’s perspective as our own.