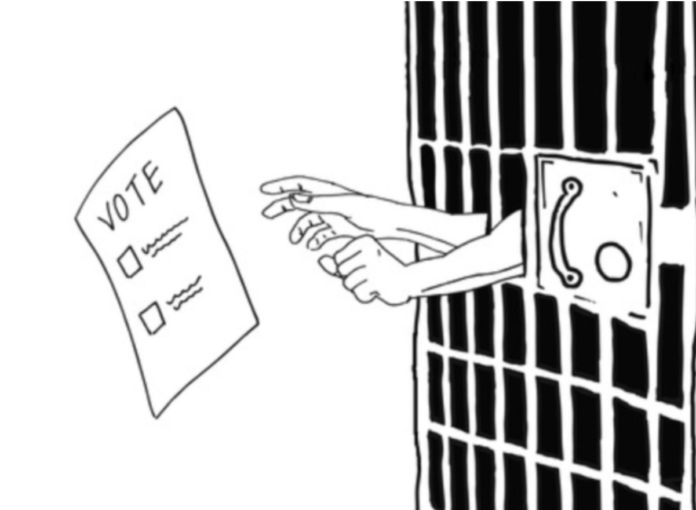 During the exuberant Justice conference hosted by Andrew Little in 2018, where many good meaning NGOs gathered to demand the necessary reform of our broken, violent, racist and counter-productive prison industrial complex, delegates cheered when their dream outcomes of abolishing prisons altogether were read aloud to the conference.

This is the dilemma Labour face over real prison reform.

Their woke activist base want to abolish prisons altogether while your average Kiwi voter wants to bring back hanging.

Take the prisoner voting fiasco. As one of the first lone voices in the wilderness decrying this draconian social policy when National first implemented it, I’m glad to see the disgust for this spiteful legislation is now a common thread on social media, but outside those echo chambers the debate about re-enfranchising prisoner votes can quickly be derailed by the revulsion of the criminals themselves.

A Wellington man has admitted bludgeoning a woman to death with a steel mallet so he could sexually violate her 12-year-old daughter.

Joseph William Borton was renting a small flat in Lemnos Ave in the high-end suburb of Karori when he met the victims, a 52-year-old woman and the girl.

On April 4, 31-year-old Borton saw the pair entering another home on the street to use the laundry, and followed them into the house with a mallet he’d previously stolen.

…now the seriousness of the crime by this awful person means he wouldn’t be eligible to vote anyway as he would be facing a very long jail sentence and all that is being suggested here in terms of prisoner voting rights is the resumption of those in prison for less than 3 years, but you can close your eyes and see how National will spin this.

While it was the Sensible Sentencing Trust who pushed for harsher sentences in the past, now the new post-MeToo cultural activists are the new influencers.

A teenager who has hopes of being a professional sportsman has failed in his bid to keep any record of his charges for rape and sexual violation from his record.

The teenager, who has previously represented New Zealand on the world stage, admitted the charges in the Auckland Youth Court.

The now 18-year-old has automatic name suppression and, aside from his record noting the Youth Court appearances, he faces no punishment.

An advocate for survivors of sexual abuse says the teenager has “got off very lightly”.

What no one seemed to even bother to appreciate was that the sentence was actually exactly what we ask our courts to progressively do.

The young man was in front of the Youth Court (something the overzealous millennials who now run the newsrooms of NZ didn’t seem to understand) meaning he couldn’t go to prison and that in this case, the Judge actually waited until the teenager had completed his 18month rehabilitation before sentencing him. The teen was compelled to complete that programme before sentencing, something that we want more of our judges to do rather than just punish.

The ‘you’re a good athlete’ thing played no part in the decision.

The Judge was actually doing what most woke demand, forcing a wrong doer to actually complete rehabilitation before sentencing, unfortunately in their haste to denounce the woke couldn’t see the forest for the trees.

This knee-jerk demand to eliminate human rights for prisoners is being witnessed right now over Tarrant’s letters from jail. Everyone is screaming he shouldn’t be allowed to do this, as someone who has posted prisoner letters online in the past and who had Arthur Taylor blogging from behind prison, I am telling you right now that prisoners have the right to write and send letters, no matter how distasteful that is.

What are people suggesting here, that Tarrant has his right to receive and write letters revoked?

NZ culture, media and politics have been so dominated by vengeance and the need to make prisoners suffer that prisoner rights from voting to writing letters are curtailed with the prevailing winds of the lynch mob making the demands. From the Sensible Sentencing Trust to the new post-MeToo movements, we all want those who have hurt and offended us to suffer because the unresolved hurt in our own lives.

Despite the rapturous applause of the woke at Andrew Little’s justice jamboree we will always need prisons, what we need to review and strengthen are prisoner rights as fundamental and intrinsic human rights alongside a cultural change inside those prisons from environments of suffering to places of healing, unfortunately with an election around the corner, such progressiveness needs to be masked as authoritarian to appease the lynch mobs.

Labour need to sell any prisoner voting rights as ‘Labour will not allow violent prisoners to vote because once you have committed a violent crime you lose your right to vote blah blah blah’, while quietly appealing the law to allow those serving less than 3 years to vote as apart of a rehabilitation program to ‘give prisoners the chance to reform by reconnecting with society’.

In an age of subjective rage trumping objective reality, the phrasing and narrative structure for progress needs to play to the petty hates of an ever rage filled electorate rather than openly challenging them.

The sleepy hobbits of muddle Nu Zilind are simply too blind with fury to be benevolent citizens.