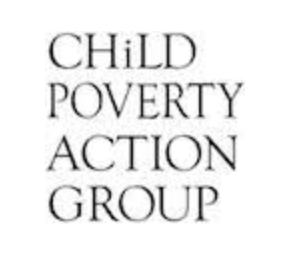 Child Poverty Action Group (CPAG) has said that the Government should be warmly congratulated for the reframing of the Budget to reflect human wellbeing outcomes.

“The new approach signals a greater understanding of the tragic extent of the social deficits created over many years of neglect,” says Associate Professor Susan St John, CPAG’s Economics advisor.

“Struggling families will benefit from the extra spending on mental health, domestic violence, and early intervention for at-risk children. But little has been done to address the serious problem of inadequate incomes.”

CPAG says the plan to index benefits to average wage inflation is a step forward to prevent families from falling even further behind, but it doesn’t address the almost three decades of failure to index adequately. As a result of this failure, current benefit levels fall far below the real costs of living, and families who receive income from a main benefit are struggling to meet even the most basic of their children’s needs, and rely more than ever on charity to fill the gap. A substantial increase in benefits was needed.

“Children simply cannot wait until 2020 for a meagre increase based on the previous year’s wage inflation – they need benefits to be based on actual and realistic costs of living,” says St John.
Professor Innes Asher, CPAG’s Health spokesperson says that the new spending of $1.9 billion boost to address New Zealand’s mental health crisis is a welcome and necessary initiative.

“But without addressing poverty as one of the major contributors to mental ill-health, there is a risk that we are addressing damage without adequately addressing the causes,” says Professor Asher.

“Mental health problems as a result of prolonged and extensive poverty can have long-term effects for children and adults. Failure to address income adequacy or to provide universal access to primary healthcare for all children is a huge concern.”

The removal of education costs in the form of voluntary donations and NCEA fees will certainly provide relief for many struggling families.

“CPAG has long called for the removal of the hidden costs of a so-called ‘free’ public education, which many families struggle to afford.” says Professor Peter O’Connor, CPAG Education spokesperson. “But there is little in the Budget to address increasing education operating costs. Many schools experience high levels of debt through insufficient funding and are terribly under-resourced.”

“We are pleased that the Budget will provide $26 million over four years for the NGOs currently providing early intervention services. This will afford agencies the ability to forward plan, and to provide continuity of their essential services for families of children. These agencies have been let down in the past by inconsistent funding and failure to adjust contracts.”

But when it comes to the Government meeting its 10-year child poverty reduction targets, CPAG says a sufficient plan is yet to be revealed.

“If the Government’s vision is for an adequate income for people on benefits then the Welfare Expert Advisory Group (WEAG) provided the plan for that in their February report Whakamana Tāngata,” says Professor Innes Asher. “We need now to see the Government’s plan for a staged rollout or their recommendations, starting with the urgent implementation of immediate increase in main benefits and the Working for Families tax credits improved for all families.”

CPAG says that for very low-income families, this Budget is far from transformational.

“The three-year child poverty reductions the Government has projected are based on the Families Package that came in last year. This package did very little for the 174,000 worst-off children under the lowest poverty line (40% after housing costs),” says Associate Professor Susan St John.

CPAG says that redirecting the $1 billion contribution to New Zealand Superannuation Fund could free up sufficient funds to improve the situation for these children.

“We should be investing now for the future rather than saving for it,” says Mike O’Brien. “The savings will be realised when today’s children grow up to have secure, successful futures, and the resilience that has come from a nurturing society.”

Our summary of Budget 2019 and its implications for children and families is available online here.