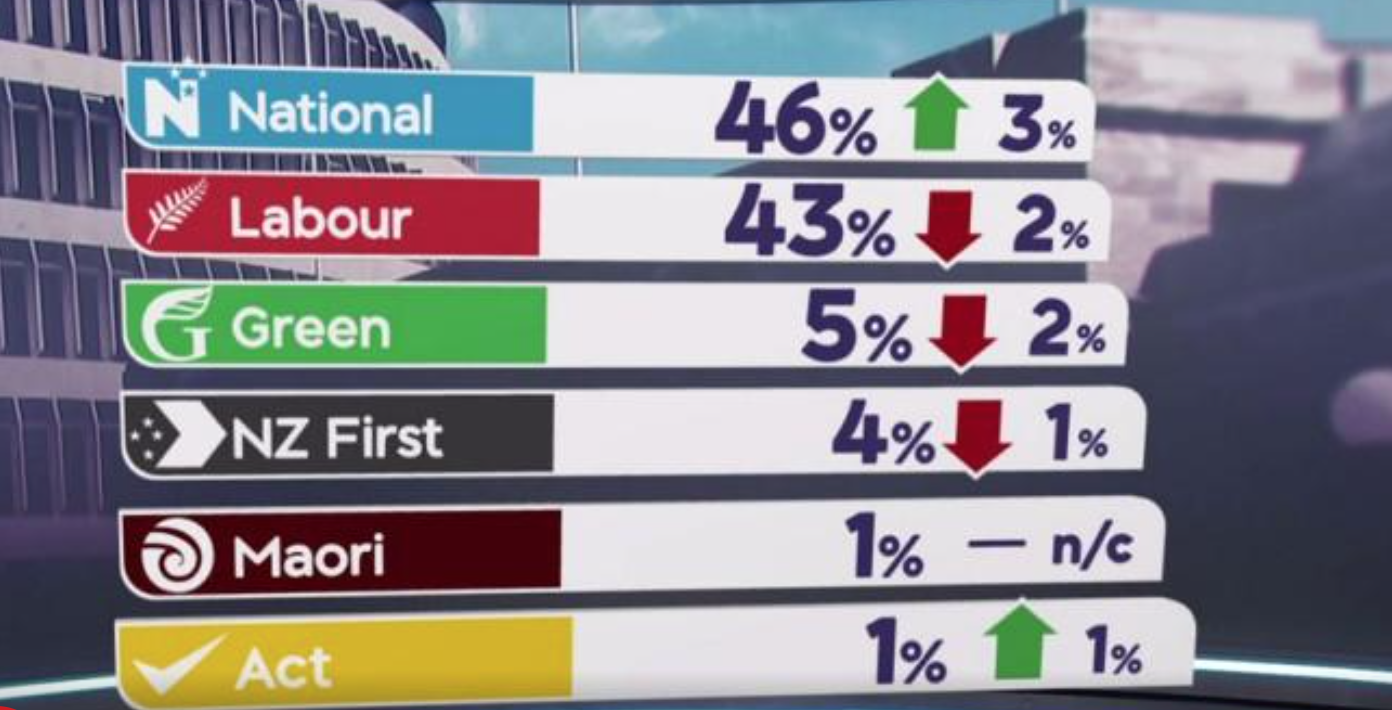 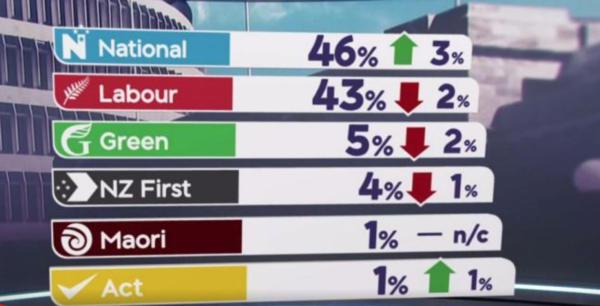 …the horror take away is that despite all the madness inside National, New Zealanders still adore the National Party!

Despite China buying 2 MPs, despite the allegations of corruption, despite the internal meltdown, Kiwis desperately worship at the feet of the banal and the malicious in the hope their speculative property portfolios can soar  in 2020.

There is something very damaged in the dark part of our soul to see National at 46%, after all the social service underfunding and damage they caused the poor over 9 years of economic vandalism, 46% still yearn for their leash.

How ugly, how petty, how spitefully muddle Nu Zilind.

For Labour, petrol prices are biting, school donations are still due, workers are barely getting by and rents are sky rocketing. The neoliberal welfare Ministries continue to hold sway over easily trained Ministers meaning the poor who hoped to see change from toxic WINZ and CYFS when voting Labour feel betrayed.

NZ First won’t sweat this, they always peak in elections and the TVNZ Poll, now that it takes so much more account of cell phone numbers, suppresses their vote.

The Greens however should be shitting themselves. Their alienating woke middle class politics is actively driving voters away. Maybe Marama Davidson might want to stop demanding  white bros delete themselves and stop trying to reclaim the word cunt?

The other major problem for the Green brand are their woke online activists. Nothing turns other voters off like the smug self righteous glitter beard top knot militant vegan electric bike riding 4th wave feminist Trans rights above all else Green supporters, they are a daily advert for exclusion. The Greens are now Pure Temple over Broad Church, they’re activists  are all about excluding those who don’t agree with their woke middle class pretensions. Unfortunately, ‘You’re wrong and I’m different’ isn’t much of a recruitment tool. Seeing as they have gone backwards 3 elections in a  row, 2020 could be the end of them if they are cannibalised by TOP.

The real interesting bit of the poll however is in the preferred Prime Minister numbers, and it’s all bad for Simon Bridges…

…with JLR set to detonate his last nuclear bomb in the Parliamentary debating chamber under the protection of Parliamentary privilege, Bridges will be so mutilated and destroyed the Party in blind panic will turn to Judith to save them.

And that’s when darkness will really threatens the Land of the Long White Cloud.

If the Queen of Dirty Politics becomes leader of the National Party, God better defend NZ, because sweet bugger all else will.