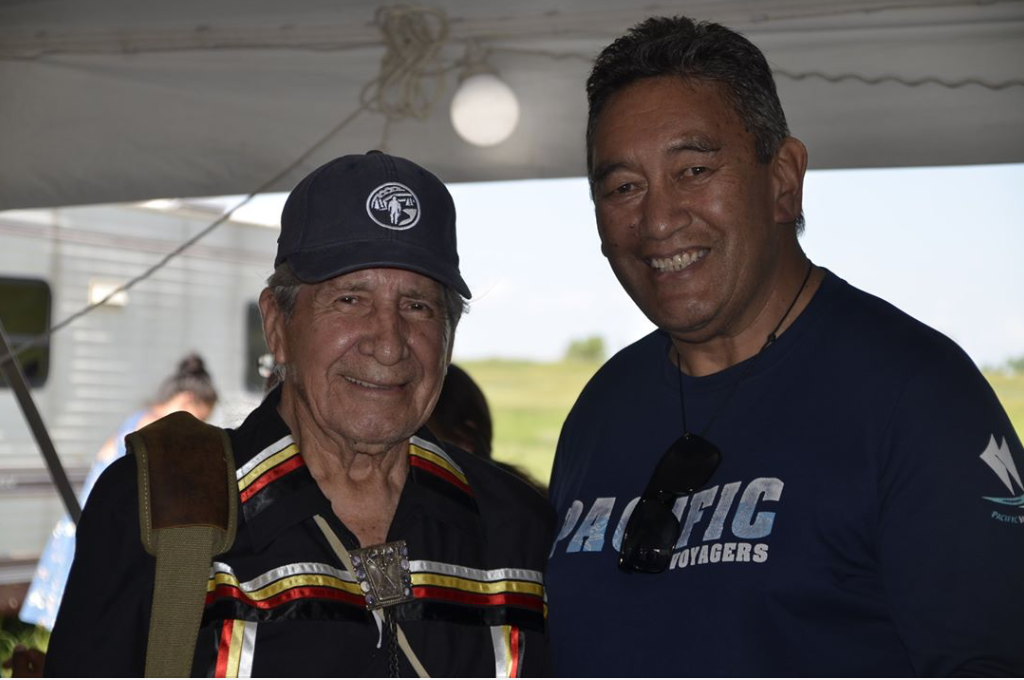 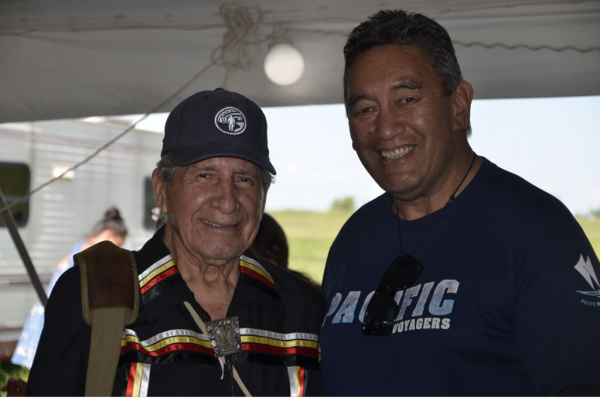 OREN LYONS is a Faithkeeper from the Seneca Nations, part of the Iroquois Confederacy whose land straddles the US/Canada border.

Oren is also a ‘nut’ on Lacrosse, a traditional sport of warriors which has blossomed over the centuries into a major sport. Oren played to the highest levels and still follows the Onondaga team to tournaments around the world.

Following his athletic career, Oren returned to his reservation and dedicated his life to his people. Part of the Red Power movement and a leader on the Trail of Broken Treaties, Oren helped create the Traditional Circle of Indian Elders and Youth, helped set up the Working Group on Indigenous Populations and opened the International Year of the World’s Indigenous People in 1992.

I first met Oren way back, and when we met again at Bear Butte, I was really buzzed to see him! We shared a few laughs about him pickin’ me up me in the middle of the night in ’83, a 3 hour phone call when he tried in vain to convince some German dickheads they weren’t Indians and shouldn’t do the sundance!, walkin’ the rez with Dennis Banks, and learning the history of the traditional matriarchal leadership of his people that quietly rules to this very day.

We were both on the ‘Defending our Treaties’ panel, and he talked about “polishing our Treaties’ – never letting them be something just for the law books or the history books, and that we should always defend them, promote them, honour those of our people who had signed them and try to understand the world of those times.

Oh yeah, and he also asked me “howz Dunn (Mihaka)?” Crack up! He’d met Dunn at Nambassa back in ’81. Dunn being the smart ass, asked him “Hey you a chief?” … “Yes I am” … “So where’s your Indians?” … “I don’t need any”. They got on famously after that, and Oren remembers Dunn saving him from a hippy diet of grass and beans, by giving him a massive pork sandwich! The things a man remembers …

I am blessed to have known legends like this guy.