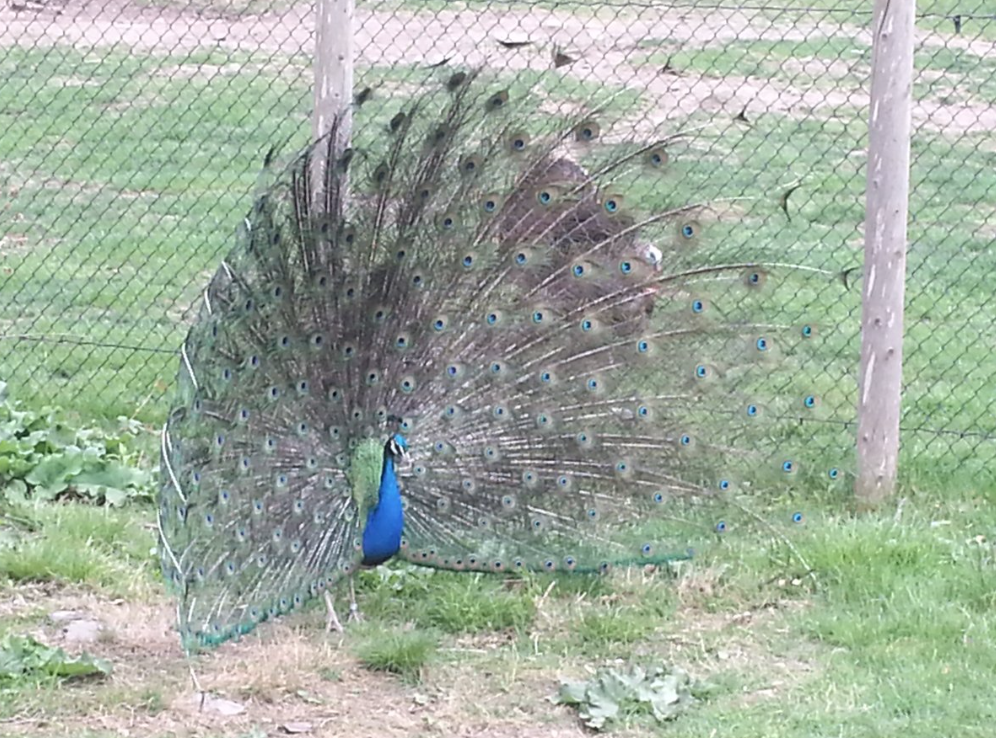 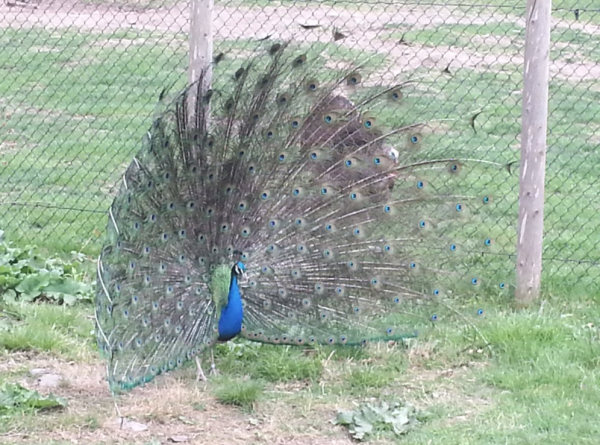 I was fortunate enough to get a guest ticket to go along with Voyager to the NZ Media Awards last week. It’s a big moment for Voyager, they are stepping up to sponsor the awards because their leader and founder, Seeby Woodhouse, believes passionately in journalism.

I support his vision, and who am I to turn down an open bar? 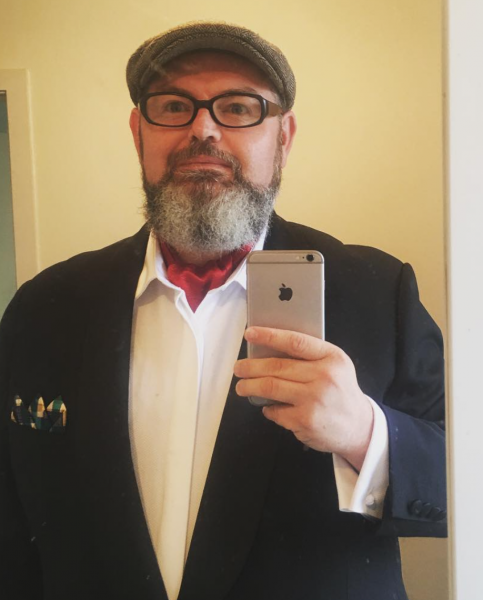 How rich and white?

There’s a gender reveal party sharing the Lobby Room bar pre-drinks. I thought gender reveal parties were a wealthy white suburban fantasy like green SUVs. But there they were, a huge table of white volk bedazzled with designer clothing and gold celebrating the gender of a baby that hadn’t been born yet.

It kinda set the tone for the rest of the night. A celebration for a fourth estate we are still all waiting to birth. 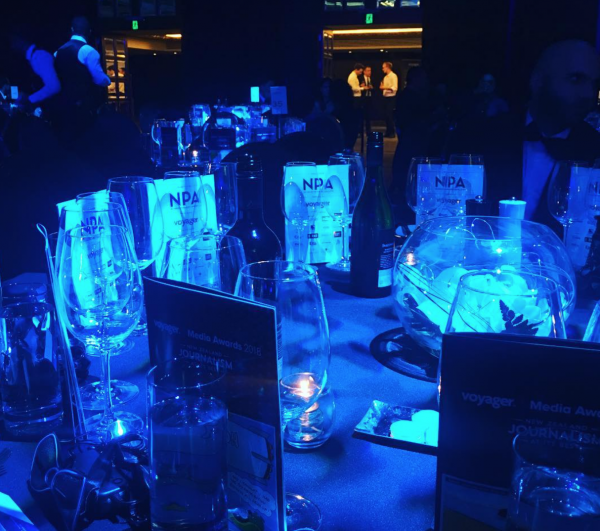 Matt Nippert shuffled up to me like a dishevelled hedgehog, muttered something about a tax story that would feature on the front page of the NZ Herald and scurried off before anyone saw him speaking to me.

I bumped into Clarke and we swapped conspiracy theories on who set him up. Waved hi to Jacinda.

Chatted with Employment Minister Willie Jackson, told him he needed to be used more by Labour in a  leadership role. Congratulated him for tearing into National last Thursday.  He really should be the next Deputy Leader.

David Fisher, who is a comics geek, congratulated me on my Avengers review.

Steve Braunias trundled past me, I shook his hand and told him I had considered starting up a give a little page for him so that our best contemporary writer wouldn’t have to review Dancing With The Stars any longer. He paused in his trundle and eyes narrowed as he hissed ‘who are you’ like a rattlesnake tossing up where they were going to bite first.

“Me, Martyn, you got  me a job at Wintec once, remember”?

The snake dissipated and his eyes widened in glee as he took in my cravat.

“Oh Martyn, what are you doing here, this is all far too bourgeois for you isn’t it”?

He laughed, the table laughed and somewhere a little bit of me died that our best contemporary writer  forgot who I was. 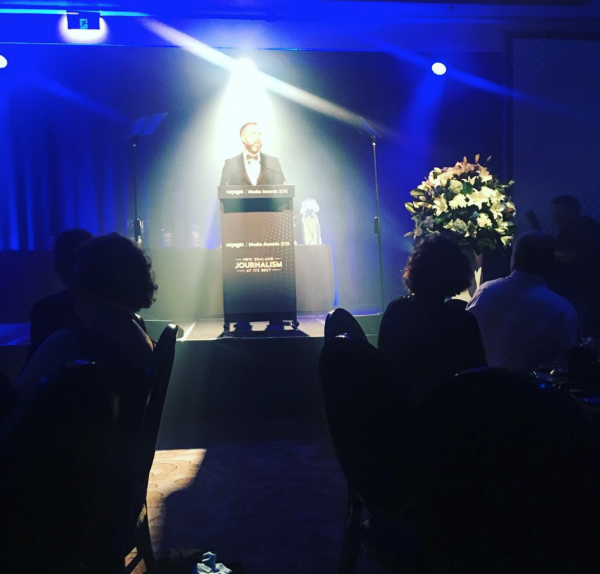 Seeby spoke about the kind of journalism he believed was crucial for democracy to succeed, his optimism managed to eclipse the privilege bubble that is the NZ journalism environment. His passion for NZ journalism is essential if these media awards are to continue, he isn’t just about branding, he is about celebrating an industry crucial for a functioning democracy.

Tom Scott was awarded for being a living legend, you forget the pedigree of him as a journalist, that he was there when Robert Muldoon was finally over thrown and replaced by Lange. Keith Slater was posthumously respected, I remember how when I was working for TV3 on ‘Stake Out‘, our first story on dodgy driver licences being bought was taken from our show and handed to Keith for the first episode of Campbell Live. Campbell Live ended up winning the Qantas Media Award that year up against Stake Out for our story they took.

But I’m totally over it. 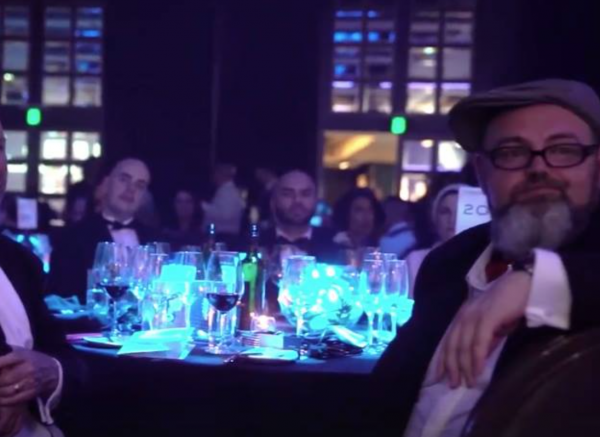 My hat was drunk by this stage.

The winners all deserved their wins. There weren’t any appreciable wrongs this year, the judges all did a fine job. They flashed the names of the judges up, and while there were a lot of solid industry figures, there were still a dozen identifiable right wingers and no openly left wing judges.

No idea why Rachel Stewart wasn’t nominated. No idea why Emily Writes and Ruminator were.

The Spinoff managed to alienate everyone else at the party and their write up of it was, well, you can read it and decide how far up their own arse they’ve managed to disappear.

I left and wandered into the rain soaked night and as I skipped out, I paused and looked over my shoulder. There is a looming economic crisis, geopolitical wars and environmental meltdown in our foreseeable future, are these people the ones to protect our democracy and hold the powerful to account when the very fabric of our society starts to tear?

I hoped so. I really did.

For all our sakes.