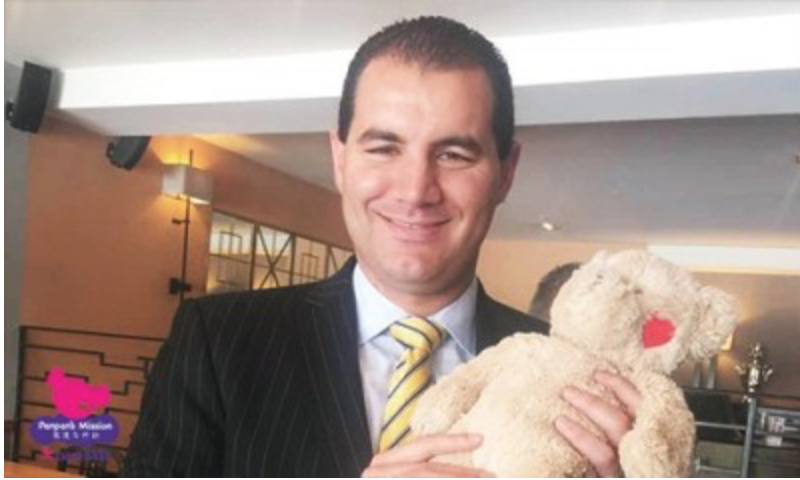 As  Parliament recently debated the new government’s Families Package Bill, some National MPs were increasingly upset that Urgency had briefly taken the debate into their precious lunch period;

Jamie Lee-Ross became hysterical at the prospect of his ‘lunchies’ being delayed, and screamed at the Parliamentary Chair, Adrian Rurawhe;

As blogger  “Micky Savage” aptly put it for The Standard;

“ But with a late showing Moore’s antics were put to one side and National’s Jami Lee-Ross is this week’s doofus of the week. He earned this prize after putting on a huge hissy fit in Parliament after his lunch hour was delayed by 5 minutes. Refusing to accept Jacinda Ardern’s hope for a bi partisan effort to address child poverty is bad enough, trying to stonewall the enacting bill’s passage through the house was even worse, but throwing a temper tantrum because your lunch hour has been slightly delayed takes the cake.

Watch the video and marvel at the intensity of the temper tantrum thrown by him in raising the point of order. If my three year old behaved like this I would be embarrassed.”

The  irony should not be lost on us all that the Families Package Bill – once passed – would help lift an estimated 88,000 families out of the trap that is poverty.  This trap being one of neo-liberalism’s most vile legacies.

385,000 families would receive an extra $75 a week for groceries, power, accommodation, and other necessities that make the difference between living in dignity – or desperation.

If successful, this one single policy will be a crowning achievement for Labour, NZ First, and the Green Party. The coalition would have done more in a couple of months what National failed to achieve in nine years.

It is true that National MPs’s lunch was indeed delayed. But only because of their own constant filibustering, to stall passage of the bill, as reported by Fairfax’s Laura Walters;

Rurawhe stopped MPs from delivering their points of order because he believed they were “repetitive and trivial”, and were being used by MPs to re-litigate the same points, in an effort to filibuster the Families Package (Income and Tax Benefits) Bill.

The obscenity of this ploy is hard to overlook; right-wing MPs obstructing a bill to alleviate poverty and then complaining their lunch was being delayed.

This is the soulless nature of the National Party. They are prepared to play political games and indulge in childish petty point-scoring – even though  it obstructs efforts to alleviate poverty in this country.

Even more scandalous is that no one in the mainstream media (including the much vaunted Radio NZ) has picked up this crass and utterly selfish abuse of parliamentary process.

But an even more twisted irony is Jamie Lee-Ross complaining about an industrial relations matter; a lunch break. More than one commentator on Fairfax, The Standard, and elsewhere have pointed out Lee-Ross’s hypocrisy on this issue. From  Fairfax’s comments section;

And from The Standard;

And they’re all correct.  Jami-Lee Ross has a vindictive, hostile view of trade unions.In January 2012, Ross was scathing of the Maritime Union in it’s dispute with Ports of Auckland Ltd (POAL);

“ This is in fact a story of the Maritime Union biting the hand that feeds them. It is a story of industrial action that, if left to go on much longer, could have disastrous consequences for the Ports of Auckland…

Up until recently, cool heads and rational people sitting around negotiating tables have meant that little focus has been placed on the role that unions play in society. However, with the bare-faced mockery that the Maritime Union is making of civilised negotiations New Zealanders will soon begin to question what position unions should hold in the modern Kiwi workplace.”

In 2013, during the POAL-Maritime Union dispute,  Ross admitted that he had been colluding with Ports of Auckland management to draft his proposed  strike-breaking legislative amendment, the Employment Relations (Continuity of Labour) Amendment Bill.The Bill would have permitted scab labour to be hired to replace striking workers.

On TV3’s The Nation on 22 June 2013, Ross confirmed that he had been in talks with employers during the height of the industrial dispute between the POAL and MUNZ (Maritime Union);

The questioning from Rachel Smalley elicited revelations that Ross has discussed his Bill with Ports of Auckland, in direct response to the strike at the time;

“ Where does this Bill have it’s origins?

… is it on the wharves of the Ports of Auckland, is that where it’s origins lie? ”

Ross  deflected, obviously realising that his collusion with POAL management had been uncovered. @4.00 Smalley repeated her direct questioning, not willing to let Ross off-the-hook with mealy-mouthed platitudes about “protecting low paid workers” and “freedom of choice” bullshit;

“ Have you discussed this Bill with the Ports of Auckland? ”

Caught in the vice of her softly-spoken questions, Ross admitted the obvious;

“ Oh a long time ago, ah, that was an issue that was raised…

… Oh might have been when the industrial dispute was in full swing. ”

When asked by Smalley , “What was the Port’s input into the Bill?“, Ross confirmed  POAL’s involvement;

“ The Ports indicated that during a strike like every organisation that is affected by a strike they’re unable to keep their business going, in the same manner that able to before. ”

It is hardly a mystery that National and big business connive together to suppress union activity in industrial relations. For the first time, though, New Zealanders watched  a Tory MP admit admit this collusion, in full public view. (For which Ross probably received a right royal bollicking from his Ministerial superiors.)

Unsurprisingly, as it became clear that Ross’s Bill was weaponised legislation,with the aim of curtailing union influence, it was defeated on it’s first Reading in November 2013.

However, National’s successor to Ross’s doomed Bill – the Employment Relations Amendment Act 2014 – passed through all stages of Parliament and made law by Assent by November 2014.

Even MoBIE could not sugar-coat the “flexibility” of the so-called “reforms” and it became clear that employers could dictate when and how (if at all) employers had meal breaks;

Given National’s anti-union legislation where bosses now call the shots on meal breaks, it appears that  the new work environment is not to Jamie-Lee Ross’ liking. He wants his dinner and was prepared to throw a full-blown screaming ‘tanty’ to get it.

But as ‘Mickeysavage’ pointed out on The Standard;

Let’s not forget that the legislation being debated at the time was Labour’s Family Package – a package estimated to lift an estimated 88,000 families out of poverty.

It would mean thousands of children having more food to eat; not going to school hungry; able to learn better in the classroom; able to get ahead in life, and be given a decent chance to succeed.

But National was too busy playing political games – “filibustering”. Not only were they delaying their own dinner break – they were prepared to deny impoverished families additional income. This is the depths to which National’s members of Parliament are prepared to go: politicking at the expense of the poor.

But not to panic, folks.

Fairfax media:  Long days and busy schedules start to get to MPs

Parliament:  Continuity of employment – Part 6A of the Employment Relations Act

The Standard:  Doofus of the week – Jami Lee-Ross