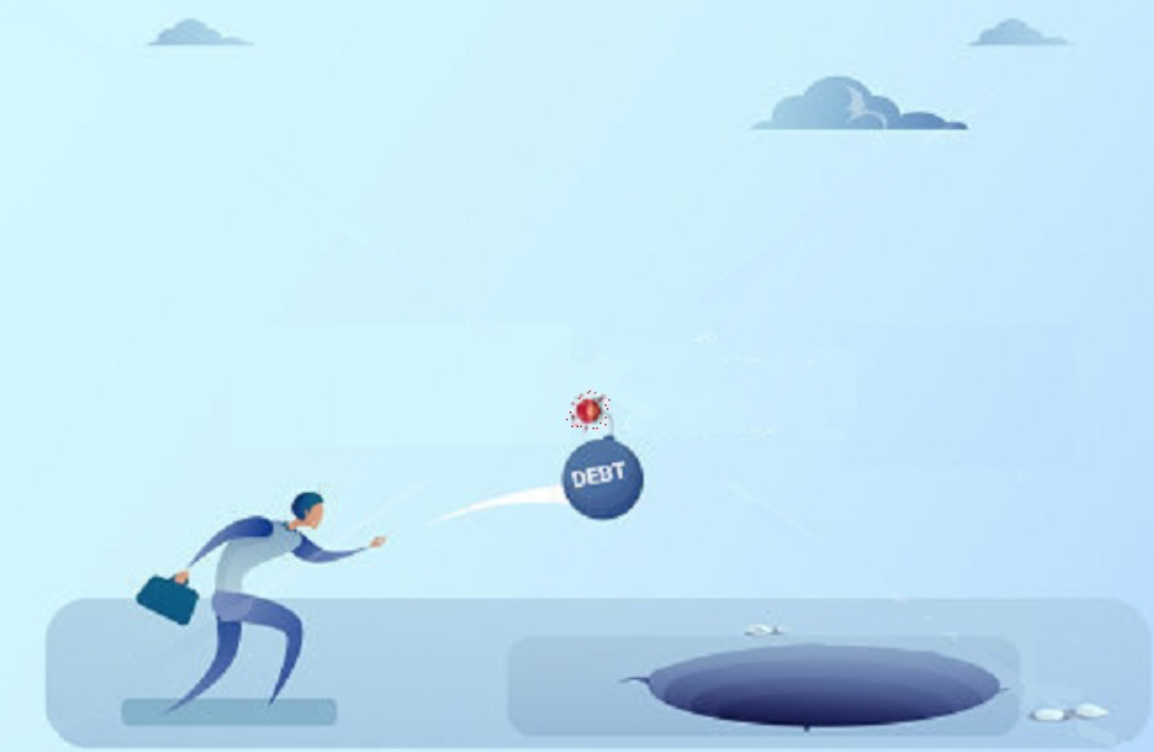 Remember Steven Joyce’s claim there was a “$11.7 billion hole” in Labour pre-election budget?

The claim of an $11.7 “fiscal hole” became a dominating irritant throughout the election campaign, even though in large part it failed simply because no one else (except Bill English) agreed that it existed.  TV3’s “Newshub” even created this now-famous, handy, infograph to illustrate the fact that Joyce and English were effectively on  their own;

The claim has been largely forgotten, except when the Left need a handy reminder of right-wing duplicity to throw at National/ACT trolls – just to wipe any smirk of entitlement  from their silver-spoon-fed faces.

Except, on Thursday, 23 November, there was a curious – and disturbing – juxtaposition of media stories in Fairfax’s Dominion Post;

Joyce seems curiously very sure of himself on the existence of the “hole”;

“Unfortunately, sadly, I think it looks like over time I will be proven correct. I genuinely don’t take any joy out of that because actually all that says is that the new Government is going to spend more than it said to meet its promises, and that’s because it didn’t allow enough money for other things

Where might this “hole” come from, if it exists?

One possible answer lay on the front page of the same edition on the Dompost;

The report, by Fairfax journalist Rachel Thomas, revealed a massive shortfall in spending on medicines alone;

Cancer patients say they are sick of paying for their own survival after an independent report revealed a $682 million “hole” in government funding for lifesaving medicines.

The $682m figure in Wednesday’s report from the New Zealand Institution for Economic Research (NZIER) is the amount it says would be needed to restore the community pharmaceuticals budget to 2007 levels.

In real terms, Budget spending for prescription medicines, vaccines, haemophilia treatments, nicotine replacement, and cancer medicines – sometimes administered in hospitals – dropped from 6.2 per cent in 2007 to 3.6 per cent in 2018, according to the report.

Now granted that Medicines New Zealand is a “drug lobby group” – but the NZIER which analysed the problem also revealed their methodology;

When former Health Minister, Jonathan Coleman, was asked to explain the massive $682 million hole in the medicines budget, his reply was;

Since 2007, almost 900,000 Kiwis had received 426 new and widened-access medicines. “It’s important to note that … Medicines NZ [has] a direct interest in increased Pharmac spending.”

Notice that Coleman – whose working relationship with DHBs has been frought over the last three years – deflected from the issue itself. His reference “to note that … Medicines NZ [has] a direct interest in increased Pharmac spending” fails to address the relevant fact that, according to NZIER, spending on medicines has fallen under the previous National government.

He deliberately evaded the question.

Which is hardly surprising given that English’s miraculous budget surpluses appear to have been made at the expense of  under-funding for services such as healthcare – including  mental health – throughout the country.

This poses some serious questions for the new Coalition government…

Let us recall that on 5 September, National’s then-Finance Minister and “Fix-It Man”, Steven Joyce, made a startling claim that Labour’s alternative budget concealed a $11.7 billion “hole”.

Joyce’s claim was scrutinised by economists, commentators, and even a right-wing think-tank and lobby group – and declared to be unsusubstantiated by any known facts. Only Joyce, supported by his leader Bill English, maintained the existence of a purported “hole”.

On 23 November, Fairfax reported findings by the NZIER that PHARMAC’s medicines budget was underfunded by a whopping $682 million. (“$682m ‘hole’ in medicine budget”). When asked to respond, former National Health Minister Coleman criticised those that commissioned the report – Medicines NZ, a pharmaceutical lobby group – but in no way disputed the figures.

No wonder Joyce was so confident that a fiscal “hole” existed where none could see one.

Joyce knew precisely that the $11.7 billion “hole” was of National’s own making; a legacy “gifted” to the incoming Coalition government, and a ticking fiscal time bomb waiting to detonate as incoming Finance Minister, Grant Robertson, uncovered further hidden funding shocks.

What other “legacy gifts” has Joyce left us?

National Party:  Labour must explain where the money is

Mediaworks:  Economist consensus – there’s no $11.7b hole in Labour’s budget

The Standard:  Health disasters – useless Coleman in all kinds of shit

St. Steven and the Holy Grail of Fiscal Responsibility 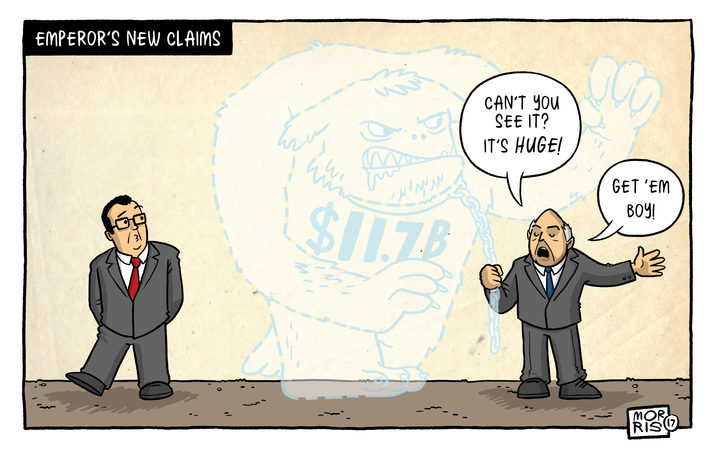