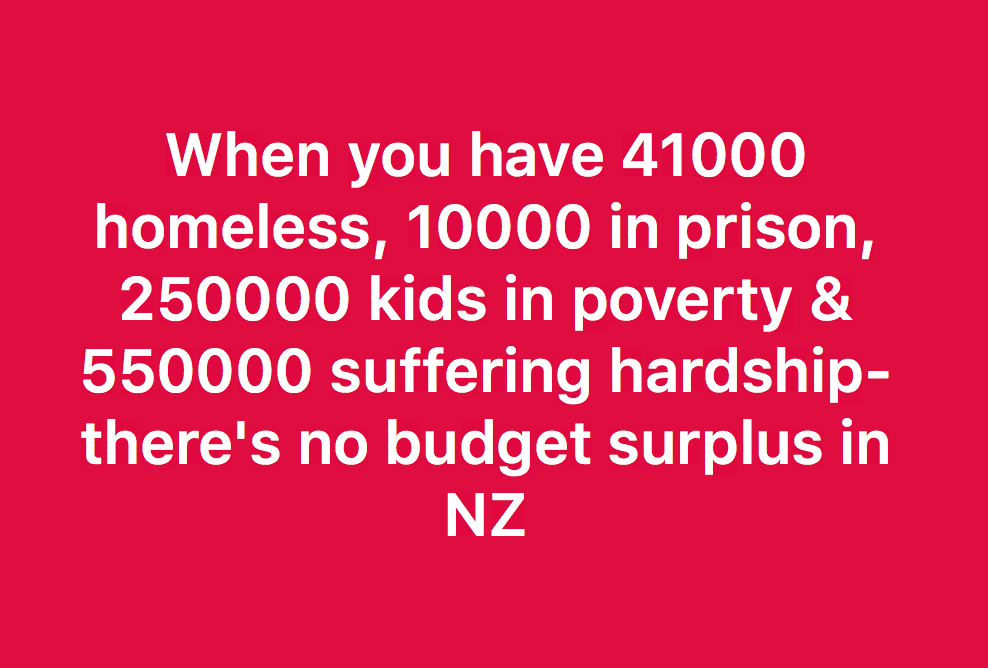 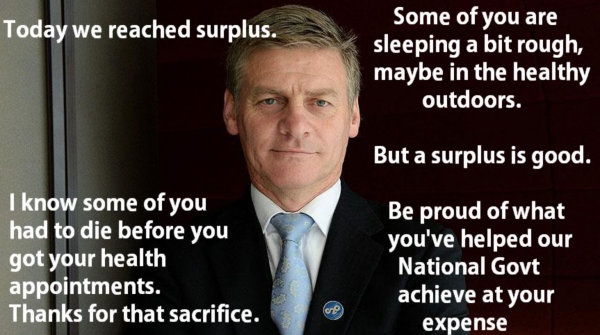 Just 11 weeks out from the election political parties’ spending and tax cut plans have been given a boost by new figures showing the Budget surplus tracking at $4.5 billion – $1.5b ahead of forecast..

But Finance Minister Steven Joyce has moved to downplay the impact, saying surpluses are needed to pay for commitments already made over the next four years.

The latest Treasury figures show the surplus before gains and losses (OBEGAL) for the 11 months to the end of May running at $4.5b compared to a forecast surplus of $2.94b driven mainly by improved business tax returns.

This ‘budget surplus’ is a sick illusion built upon underfunding the needs of the vulnerable and the poor who don’t vote.

When you have 41 000 homeless, 10 000 in prison, a suicide rate that critics claim is 3 times higher than officials acknowledge, when you have 250 000 kids in poverty, 550 000 suffering hardship, entire generations locked out of home ownership, 1600 dying each year from freezing houses, a mental health service that is functionally broken, when you have poverty and inequality gnawing away at our egalitarianism and a social infrastructure underfunded to near collapse and physical infrastructure that has gridlocked – when you have all of that, there is no budget surplus! 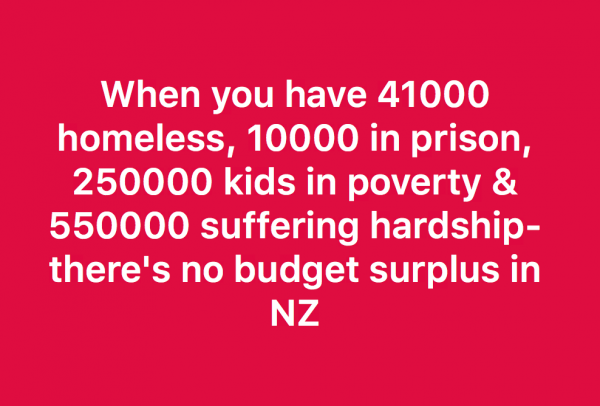