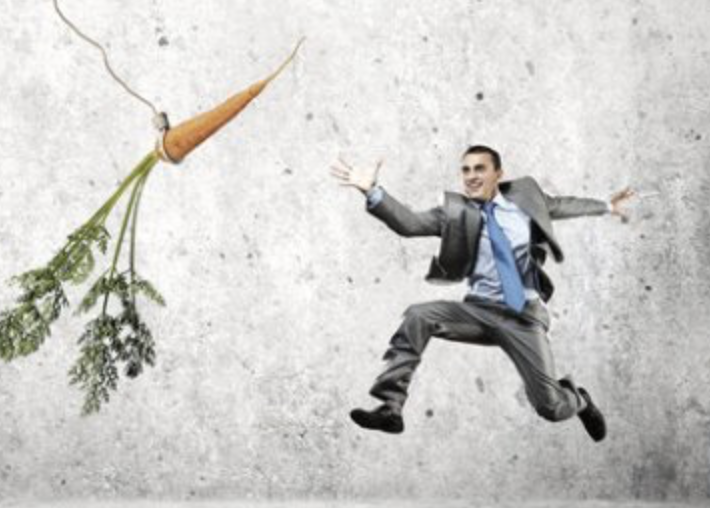 The following is the amount spent by Labour, on Vote Education in the 2008 Budget;

The following is the amount spent by National, on Vote Education in the 2016 Budget;

*  Not including 9,529 international fee-paying students

**  Not including 11,012 international fee-paying students

Writing in the Daily Blog recently, political commentator Chris Trotter had this to say on the matter of taxation and social services;

“Speaking on behalf of the NewLabour Party, I felt obliged to spell out the realities of tertiary education funding. I told them that they could have free education or low taxes – but they could not have both. If the wealthy refused to pay higher taxes, then students would have to pay higher fees. If the middle class (i.e. their family) was serious about keeping young people (i.e. themselves) out of debt, then they would have to vote for a party that was willing to restore a genuinely progressive taxation system.”

Since 1986, there have been no less than seven tax-cuts;

The 2010 tax-cuts alone were estimated to cost the State  $2 billion in lost revenue.

Taxes were raised in 2000 by the incoming Labour government, to inject  much needed funding for a cash-strapped health sector. The previous National government, led by Bolger and later Shipley, had gutted the public health service. Hospital waiting lists grew. People waited for months, if not years, for life-saving operations. Some died – still waiting.

A decade late, National’s ongoing cuts, or under-funding, of state services such as the Health budget have resulted in wholly predictable – and preventable – negative outcomes;

A critic of National’s under-funding of the health system, Phil Bagshaw, pointed out the covert agenda behind the cuts;

Bagshaw believed the Government was moving away from publicly-funded healthcare, and beginning to favour a model that meant everyone had to pay for their own.

“It’s very dangerous. If this continues we will slide into an American-style healthcare system.”

Funding cuts to the Health sector have been matched with increases to charges;

The critical correlation between  tax cuts and consequential reduction of state services was nowhere better highlighted then by US satirist and commentator,  Seth Meyer. He was unyielding with his  scathing, mocking, examination of  the travesty of the Kansas Example of “minimalist government”;

Here in New Zealand, National’s funding cuts have not been restricted to the Health sector and NGOs. Government agencies from  the Police , Radio NZ, to the Department of Conservation have had their funding slashed (or frozen –  a cut after inflation is factored in).

The exception has been the Prime Minister’s department which, since 2008, has enjoyed a massive  increase of $24,476,000 since 2008 and  a near-doubling of John Key’s department and Cabinet expenditure since Michael Cullen’s last budget, seven years previously.

By contrast,  parents are finding more and more that the notion of a free state education is quietly and gradually slipping away. User-pays has crept into the schools and universities – with harsh penalties for those who fail to pay.

True to his word, in January 2016, the first person was arrested for allegedly “defaulting on his student loan”. By November the same year, a third person had been arrested. Joyce was unrepentant;

“There probably will be more, we don’t know of course how many are in Australia but that’s a very good start, and I think it’s probably a reasonable proportion of those who are in Australia.”

Joyce, of course, has nothing to fear from being arrested for defaulting on a student loan. His tertiary education was near-free, paid for by the tax-payer.

National had no choice, of course. The entire premise of user-pays was predicated on citizens paying services that until the late ’80s/early ’90s, had been either free or near-free. With student debt now at an astronomical $14.84 billion, National cannot afford to let ‘debtors’ get off scott-free. That would send the entire unjust system crashing to the ground.   According to Inland Revenue;

… nearly 80,000 of the 111,000 New Zealanders living overseas were behind on their student loan repayments.

He said the $840m owed to New Zealand was a substantial amount of debt.

Figures show that student debt has been increasing every year since it’s inception in 1992. At this rate, student debt will achieve Greece-like proportions;

Unsurprisingly, loan ‘defaulters’ have surpassed $1 billion, including $16 million  written off through bankruptcy. Some never pay off their “debt” with $19 million  lost after death of the borrower.

But it is not only tertiary education that has attracted a user-pay factor. School funding has also been frozen, with operational grants the most recent to suffer National’s budgetary cuts;

Schools are so starved of funds that they are having to rely on outside sources of income  to make up shortfalls;

Reliance on foreign students to make up shortfalls in government spending is essentially turning our schools into commercial ventures; touting for “business” and ensuring “clients” achieve good results so as to ensure repeat custom.

When did we vote for a policy which effectively commercialised our education system?

Schools are also funded more and more by parents – to the tune of hundreds of millions of dollars. Fund-raising and ever-increasing school fees are required, lest our schools become financially too cash-strapped to function.

In 2014, school “donations” (actually fees by another name) and necessary fundraising reached  $357 million and is estimated to reach a staggering $1 billion by this year;

It is estimated that a child born this year will cost his/her parents $38,362 for thirteen years of  a “free” state education. In 2007, that cost was 33,274. Our supposedly “free” state education is being gradually whittled away, and replaced with surreptitious user-pays. According to Radio NZ;

Some school principals say many schools are considering a hike in parent donations next year and cutting teacher aide hours, as they respond to a freeze on core school funding.

More than 300 school principals responded to a survey by teacher unions.

About 40 percent of school principals said they were considering cutting back on the hours of teacher aides and other support staff next year.

Thirteen percent said they were looking to increase parent donations.

The president of the teacher union NZEI, Louise Green, said the survey showed it was students who miss out when school funding was frozen.

The neo-liberal princiciple of user-pays is being covertly implemented throughout the public sector and nowhere is this more apparent than in education. Parents and guardians are expected to pay more for education and this is “off-set” by cuts to taxes. This is core to the concept of user-pays.

User-pays is hard to pay

The problem is that this is not an overt policy by National. The public have not been given a clear choice in the matter and instead increasing user-pays has crept in, barely noticed by the voting public. Even when challenged, a National Minister will use mis-information to attempt to use Trump-like “alternative facts” to hide what is happening;

But Education Minister Hekia Parata said parents contributed just $1.80 for every $100 spent by the taxpayer on education.

The Government was set to invest $10.8 billion in early childhood, primary and secondary education, more than the combined budget for police, defence, roads and foreign affairs.

New Zealanders have been lulled into a false sense of security that, even after seven tax cuts, we still have “free” education.  But as Chris Trotter pointed out with cool logic;

I told them that they could have free education or low taxes – but they could not have both.

The question is, what kind of society do New Zealanders want: a free education system or  tax cuts and more user-pays?

Because we can’t have both.

At the moment, politicians are making this choice for us.

Student loans are getting bigger and graduates are taking longer to pay back the money they owe.

The median repayment time for someone with a bachelor’s degree also lifted from just over six years, to eight and a half.

Since a peak in 2005, the numbers of people taking up tertiary education have declined.

Labour education spokesman Chris Hipkins said there was a variety of factors that lead to higher student loans and longer repayment times. Tuition fees continued to rise, as did living costs.

“The long term impact for people is quite significant, basically they have a large debt for longer,” Hipkins said.

“If they’re weighed down with student loan debt it will be difficult to get on the property ladder, it’s already a burden, and this is making it even harder for the next generation.”

Universities New Zealand executive director Chris Whelan said that when it came to universities fees increasing, one need only look at published annual accounts of the country’s eight universities to see they were not “raking in” a lot of money.

LOANS ON THE RISE

Median repayment times for a bachelors/graduate certificates or diplomas

The Daily Blog:  Don’t Riot For A Better Society: Vote For One!

NZ Herald: ‘At risk’ school funding revealed – with 1300 to lose out under new model

Dominion Post: Student loans are getting bigger and harder to pay off, new figures show

The slow starvation of Radio NZ – the final nail in the coffin of the Fourth Estate?

The Mendacities of Mr Key # 16: No one deserves a free tertiary education (except my mates and me)