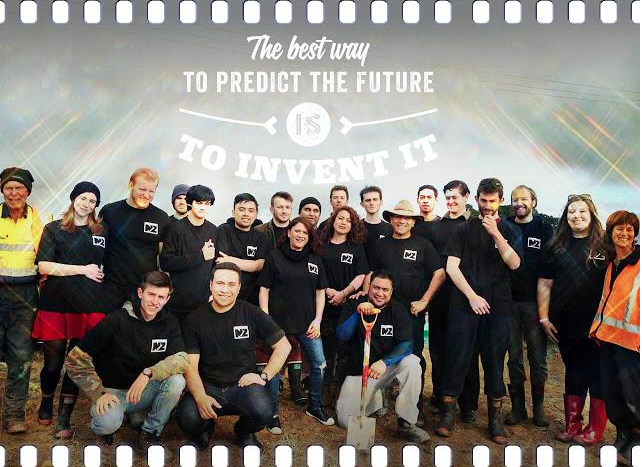 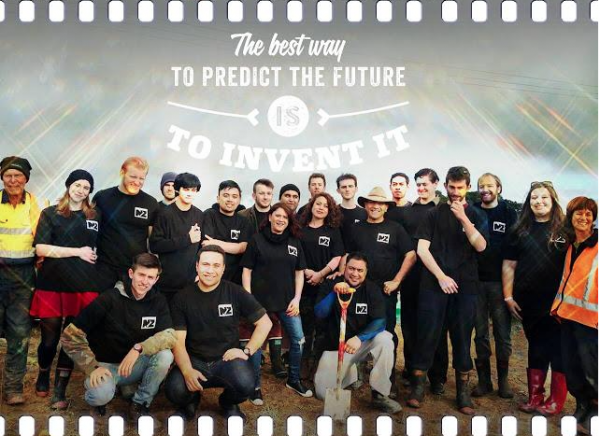 Over this weekend just gone, I was deployed alongside more than a dozen members of New Zealand First’s new, nascent youth wing into the Wairarapa electorate. The mission was simple: train and upskill a group of ardent young people in preparation for the necessary exigencies of what promises to be a thrilling 2017 campaign.

But while the fact that NZ First once again has an officially recognized and boisterous bunch of enthusiastic young supporters ready to do the hard-yards of doorknocking and street-activism is comment-worthy news in and of itself … what I found most surprising was the general message and feedback which we got from the people of Wairarapa when we asked them whether they’d consider supporting NZ First at the next Election.

Let me put it this way: the two most common responses we got while canvassing were that i) “we love Ron”; and ii) “we like Ron, but we don’t like Winston”.

Now both of these two responses tell us potentially something interesting about the prospective and presumptive future of New Zealand First.

The import of the first insight is simple. It tells us that there is a very strong likelihood that Ron Mark will carry the Wairarapa seat either in 2017 if you’re a betting man – or certainly by 2020.

As Ron himself puts it, the 2014 Campaign pitted a man who made his decision and announced his candidacy 25 days out from polling day up against two candidates who’d been electioneering for the best part of three years. Despite this semi-self imposed handicap, Ron scored about twelve percent of the party vote in Wairarapa – a significant improvement over the 5.56% of the party vote which New Zealand First scored in this electorate the last time we fielded a candidate (and a more than doubling of our vote in absolute terms over the same period).

But the real story’s in Ron’s share of the candidate vote – an impressive 23% and a mere eight hundred votes behind the second placed Labour candidate.

Now to be fair, this is a bit behind the 43.6% which Alastair Scott scored; but it’s worth noting that i) Scott is fast developing a reputation as a ‘mushroom candidate’ (that is to say one who only springs up in the electorate during campaign season and is virtually invisible on the ground at all other times of the electoral cycle); ii) that it’s National’s popularity rather than Scott’s which will have induced Wairarapians to vote for him; and iii) National at large is presently expressing a substantive swing away from it in terms of support out in the provinces as people wake up to the fact that they’re merely regarded by the Nats as ‘campaign-cows’ whose votes are worth something rather than people to actually help.

Meanwhile, NZ First has been resolutely and relentlessly pushing a message that an alternative future for the Provinces is possible. Both through solid and innovative policy, as well as the substantive mood of possibility generated through Winston’s carrying of the provincial seat (and National stronghold) of Northland.

So when I go doorknocking or streetcanvassing in Wairarapa and impressive numbers of people even amidst the local-equivalent-to-Epsom suburb of Landsdowne tell me they like what Ron’s about … this rather strongly suggests that Ron is already on track to make handsome inroads on winning the Wairarapa come 2017. This is particularly so in light of the advantages conferred by a far longer lead-time (a little less than three years as compared to a little more than three weeks); what appears to be a seriously dedicated and competent campaign team; and the additional positives of both incumbency (as a list MP) and a burgeoning and well-respected nationwide profile.

And besides, as one of my pol-hack friends points out … Ron’s share of the vote and absolute number of votes in Wairarapa in 2014 already exceeds Rodney Hide’s share of either measure in Epsom in 2002 – a mere three years before Hide narrowly won another Heartland National electorate seat.

So the strategic import of all of this ought to be immediately and crystal clear. When people talk about a list of certain ‘knife-edge’ electorates whose outcome next year will decide the election, they customarily mean places like Ohariu or Epsom or Waiariki. To that list I think we can now fairly confidently add Wairarapa – where a victory for Ron would almost certainly put a 61-seat majority for National and its lap-dogs out of reach.

Further, and from the longer-term Party perspective … developments in the Wairarapa also suggest that NZ First’s future is not strictly tied to Northland. Even though there is a small chance it will be 2020 rather than 2017 in which Ron takes the Wairarapa, we look set to be in the enviable position of possessing a twinned pair of provincial seats with which to anchor our future and potentially even consider embarking from upon some form of grandiose Long March Through The Provinces.

And this oblique commentary on NZ First’s prospective future brings me nicely onto my second point. Namely, that there appears to be quite a number of voters out there who like NZ First but not necessarily Winston, or would potentially support a given NZ First MP (and in particular Ron) if it didn’t mean implicitly supporting Peters as well. Apparently Brian Donnelly had exactly the same thing happen to him during his ill-starred 1999 candidacy in Whangarei as well.

Now, don’t take that the wrong way. I am fanatically loyal to Winston, and resolutely believe that he is the single greatest Opposition MP presently performing in the House. Perhaps of all time.

But what I am trying to say here is that what we witnessed in Wairarapa over the weekend seems to strongly suggest that there is, indeed, very much and far more to NZ First’s dominant appeal out there in the electorate than Winston. And that amongst a goodly swathe of voters going forward, we shall continue to enjoy strong support even after he steps down or dies in office.

In fact, in some quarters out there in the electorate (but importantly – not all), it is arguable that NZ First’s support would actually increase with a new figure at the helm. Although we would understandably have to work incredibly hard to build back and maintain the level of interest, enthusiasm and outright passion amongst both membership and voters which Winston brings to the semi-literal party.

So all things considered, my weekend warriordom down in the Wairarapa has left me considerably optimistic about New Zealand First’s – and therefore the country’s – future.

We quite clearly have an enormously competent and capable MP and Deputy Leader in the person of Ron Mark, who’s well positioned to both take his electorate seat at some point in the near future – and who clearly understands what it takes to build an election-winning campaign movement.

It’s also a really great sign that parts of New Zealand First are already well ensconced in ‘campaign mode’, and putting in serious groundwork towards 2017 – which looks set to be our next watershed election.

And best of all, I know that we’re going to be in safe and steadfast hands for the semi-foreseeable future well beyond that even when we finally get to Life After Winston.

In short … I Have Seen The Future – And It Is Black.