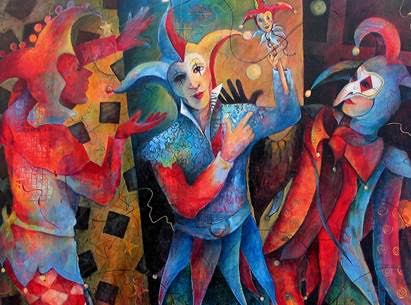 IT IS ONLY NOW, thirty years after the event, that the full effects of Labour’s 1984-1990 betrayals have become visible. The party’s inability to respond coherently to John Key’s National-led government has allowed the latter to escape, Scot-free, from economic and social policy failures that daily grow more intractable. All over New Zealand, voters shake their heads in frank disbelief at National’s extraordinary run of political good luck. Everywhere their cry is the same: “If only we had an Opposition worthy of the name!” How right they are.

The signal achievement of National’s nine years in opposition was the unification of the Right. With ruthless efficiency, Don Brash and John Key rolled up National’s electoral competitors, leaving only the vestiges of parties that had once attracted, between them, more than 10 percent of the popular vote. By the time National assumed the Treasury Benches in 2008, United Future and Act had become mere grace-and-favour parties, entirely dependent on Key’s goodwill for their survival.

It is a feat which Labour has singularly failed to replicate. A point which the latest Roy Morgan poll drives the home with particular force. In the pollster’s latest survey, the party accounts for less than half of the combined Opposition Vote (Labour 26%, Greens 14.5%, NZ First 12.5%). Sadly, the electorate’s imagination simply isn’t equal to the task of transforming these three distinct political entities into a governing coalition it could feel comfortable supporting. In spite of the fact that Labour, the Greens and NZ First jointly command 53 percent of the popular vote, their chances of unseating National are slim.

Were Labour able to move as easily along its half of the political spectrum as National, then things might be different. Its four post-Helen Clark leaders notwithstanding, Labour has not been able to emulate Brash’s ruthless consolidation of National’s ideological base. No one was prepared to believe in Phil Goff as a champion of the Hard Left. Indeed, since the departure of Jim Anderton in 1989 there’s been no one in Labour’s caucus capable of assuming that role. David Cunliffe tried – but failed.

It was Helen Clark’s great good fortune to have Anderton and his Alliance available for coalescence. Their eventual partnership brought together the Hard Left and the Soft Centre in a fashion which Key, nine years later, was only too happen to imitate – drawing away tens-of-thousands of former Labour supporters in the process. That the parliamentary numbers never allowed Prime Minister Clark to replace the Alliance with the Green Party – thereby acquainting the electorate with the Greens as responsible and creative Cabinet Ministers – has proved extremely costly for the New Zealand Left.

The bitter truth is that if a beneficent angel were to uplift the best politicians from Labour, the Alliance (before it disappeared) the Greens and the Mana Party, and drop them into a divinely crafted political entity that might – or might not – continue to exploit the still potent Labour brand, then the Government of John Key would be in real trouble. The current Labour Party bleats on (and on, and on, and on) about being a “Broad Church”, but the sad truth remains that its reservoir of recruitment has never been shallower.

A genuinely “broad church” party of the Left would balance off Andrew Little with Hone Harawira, Jacinda Ardern with Laila Harré, Stuart Nash with John Minto, Kelvin Davis with Annette Sykes, Grant Robertson with Julie Anne Genter and Annette King with Metira Turei. The whole spectrum of alternative power: from Soft Centrists to Hard Leftists; would be covered.

That Labour’s fatal apostasy [the abandonment or renunciation of a religious or political belief or principle] has rendered such a divinely appointed caucus little more than a pipe dream is the besetting tragedy of progressive New Zealand politics. Its embrace of neoliberalism in the mid-1980s left Labour with the political equivalent of syphilis. Sadly, every one of the many attempts to administer the Penicillin of genuine progressivism (God bless you Jim, Rod, Laila!) was rejected. Consequently, Labour’s bones have crumbled and its brain has rotted. Small wonder that the other opposition parties are reluctant to get too close!

It might almost be funny, if the only people laughing, all the way to the ballot-box, weren’t John Key and Winston Peters.