Home About Us About Dr David Robie 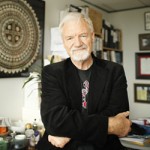 He is a strong advocate of independent journalism at the country’s journalism schools. He is co-founder with Selwyn Manning of Pacific Scoop and manages the Pacific Media Watch media freedom project; he is also founding editor of Pacific Journalism Review research journal.

David was awarded the 2005 Pacific Islands Media Association (PIMA) Pacific Media Freedom Award for an “outstanding contribution to the growth of the development of journalists in the Pacific and New Zealand”, and also awarded the 2015 AMIC Asian Communication Award.

David has published the media transparency blog Café Pacific since 2008.