Home About Us About Allan Alach 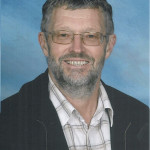 Allan Alach worked in New Zealand primary schools for 40 years, including 20 years as principal in a number of schools.

All was going well until GERM (Global Education Reform Movement) arrived courtesy of the National led government in late 2008. Faced with acquiescence, or fighting, Allan chose to go with his principles and started actively working to help safeguard New Zealand’s primary education. This didn’t go down well with the less tolerant people in our society who seemed not to value the right of free speech.

Intense pressure and personal attacks via the media in the months leading up to the 2011 general election exacerbated health issues, leading to his retirement from principalship.

His battle for child centred education continues however, no longer constrained by the system and he works closely with highly regarded New Zealand educators Kelvin Smythe and Bruce Hammonds.

Allan shares the Treehorn Express blog with eminent Australian Phil Cullen (former Director of Primary Education, Queensland) and can be found on FaceBook and Twitter at @allanalach.