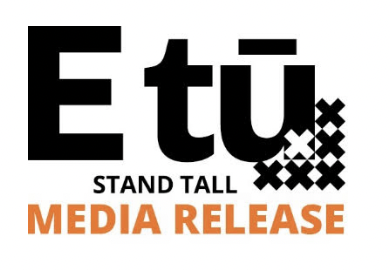 Members at a New Zealand Post mail processing centre will have nine months to prepare to transition into other work after the company announced the centre will be shutting for good next year.

More than 20 E tū members working at NZ Post’s mail processing centre in Manawatū will lose their jobs when it closes its doors in March 2023.

Members have signed a ‘Just Transition’ agreement with the company, which means they’ll have access to a range of support to assist them in finding other employment, redeploying, or upskilling.

Long-time delegate and worker Michelle Wallace says in the face of declining mail volume workers had known “the writing was on the wall” for a while, but the news is still a shock.

“There are a lot of long-serving members – some have been with Post since they were fresh out of high school.”

Michelle says while the details of the Just Transition process still need to be worked through, having a plan in place is very important to coach members through the change.

“Otherwise, people would be quite lost and distraught, but at least they’ve got options for support.”

E tū negotiation specialist Joe Gallagher says it’s a tough time for the members, with declining mail volume, the rise of online shopping due to the pandemic, and automation all taking a toll and weighing into New Zealand Post’s decision to close the centre.

“We’re living in challenging times. Mail continues to decline at around 22 percent per year, and as a result, New Zealand Post has continued to reposition itself as a logistics business,” he says.

“With all these factors, it’s important that Just Transition processes are put in place that allow members to shift into other industries or into retirement if they prefer, with dignity and respect.”

While the company received $130 million as part of the Government’s Budget in 2020 to maintain and develop future services, Joe says it’s essential to continue to fund Just Transition processes for workers.

“As the economy changes with technology and climate change, we need Just Transition processes that give both businesses and workers the opportunity to move into other lines of trade and work with minimal disruption.

“We believe this will require long-term funding options and that Government involvement is essential.

“Creating and maintaining Decent Work for everyone and supporting those workers at the forefront of change is key to building communities with greater wellbeing.”