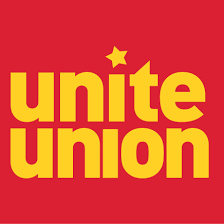 SkyCity is offering the majority of staff a wage increase of between 4 and 6 percent.

“This is an effective real wage cut of up to 3.3% when inflation is 7.3%” says Unite Union advocate Mike Treen who is leading the bargaining team for union members at SkyCity.

“This comes on top of a cut in last year’s round of 2.5% when we had no choice but to accept a dictated offer during the lockdown.”

“Is this any way to thank staff on the company’s 25th anniversary?,” asks Mr Treen

“SkyCity has also declared its intention to be the only major hotel employer with a start rate below the Living Wage. Further, the cleaners at SkyCity were first ‘essential’ workers in 2020, then ‘critical’ workers in 2021 and still aren’t being offered a Living Wage”

“Most positions at the casino have no increases for service. So a skilled cashier will be on the same rate as a newly hired person even if they have decades of service and are training the new staff.

“Margins for skill have also been halved over the last 15 years with the rise in the minimum wage increasing faster than for higher skilled roles.

“But this means that after three years half the position at SkyCity are on the minimum rate and can never increase again.

“SkyCity was given a license to print money when it opened 25 years ago. They made tens of millions of dollars every year since. The total profit is in the billions. Even during the pandemic, they had a reduction in profit, not a loss.

“In at least two years, 2011 and 2019 the company ran share buybacks to reward shareholders even more with tax-free gains. This is a highly irregular way of taking money out to avoid tax that must be paid when dividends are paid. It is also often done because the top executive members are partially rewarded through shares which they can sell at a higher price.”

“This practice used to be outlawed in the US as a form of stock manipulation. This practice also weakens companies’ capital assets so that they are less ready for unforeseen events like a pandemic or recession. Companies are also less able to reward staff if they wanted to. (See blog by Mike Treen)

“It is probable that the casino’s measly offer will force workers to take action to get a better deal. We want the public to support the workers if this happens and maybe avoid the casino altogether until a fair deal has been reached,” said Mr Treen.

The contents of this email and any attachments are confidential and may be privileged. If you are not the intended recipient, you must not use, read, distribute or copy its contents. If you have received this email in error, please notify me immediately and delete it from your computer. 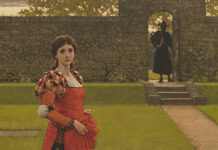 In A Wizard’s Garden