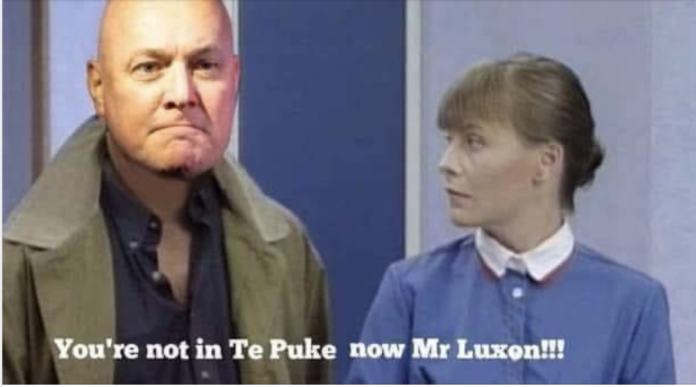 What on earth are they doing???

Labour’s Chris Hipkins has torn into National, claiming it is suffering “internal division” after a report suggested the party had dumped its earlier tax policy.

National finance spokesperson Nicola Willis told NZHerald it was a policy for the Budget in May and that National would form a new tax policy ahead of next year’s election.

However, Willis has confirmed that will include a form of indexation and the party is committed to tax reduction.

A calculator on the party’s website which showed how much people could save under its tax policy has also been removed.

“As we shape our tax policy for the future, New Zealanders can expect to see a package that really focuses on the squeezed middle of New Zealanders who we know are struggling to get ahead and the shape of that package will be determined next year,” Willis told NZHerald.

“The policies of the Opposition are a matter for them and whether or not voters feel they are consistent and therefore trustworthy is also a question for them too.”

But one of her senior MPs was more than happy to.

Hipkins, who released a statement on a Labour letterhead as the Labour MP for Rimutaka (as opposed to as a minister), said National appeared to be “in disarray”.

“This was Chris Luxon’s first policy as National Party Leader, and now his Deputy Nicola Willis has dumped it six months later,” he said on Thursday. “It’s the sort of disarray we got used to in the days of Bridges, Muller and Collins.”

Willis says the party’s position on indexation has not changed.

It comes just a day after Luxon was forced to clarify comments about National’s health and education spending plans.

After previously promising to lift spending by the rate of inflation, Luxon wasn’t so clear about itduring an interview with AM on Wednesday morning. He later told reporters that it was National’s policy to peg spending to inflation.

Hipkins pointed out Luxon’s comments on abortion, businesses being soft and his social media account suggesting he was in Te Puke when he was actually holidaying in Hawaii as “rookie errors”. He questioned whether National MPs might be asking whether the first-term MP was promoted to leader too soon.

“Luxon’s puppet at the Backbencher might be Humpty Dumpty but one has to wonder if the Fosbury Flop might have been more accurate,” said Hipkins.

Ok, put aside the fact no one knows who the fuck the Fosbury Flop is and forces you to consider Chippy was home schooled in a castle, Luxon is u-turning so fast, he’s lost political traction and is just spinning policy doughnuts all over the local cemetery, hooning around like West Auckland teenagers after a day of drinking Mountain Dew.

You are not in Botany now Mr Luxon!

This is ridiculous! He’s either not being briefed deeply enough to make the calls in the first place, or Nicola Willis isn’t telling him what she’s doing!

This is basic communications 101 and should never be played out in public. Luxon’s history now of saying something and then walking it back is becoming a problem, add to that the whole harvesting people’s pain from the cost of living crisis only to holiday in Hawaii while telling us he was in Te Puke and you have the authenticity problem of a rich man who knows the cost of everything and the value of nothing.

I have argued that 34% is Luxon’s ceiling, but now I suspect even that might be too high.

The very angry right vote will see the possibility of a Labour/Green/Māori Party Government as a cultural existential threat and in their writhing around in pain will thrash over to ACT.

I think ACT will start cannibalising National vote again as the polarisation amplifies.

Luxon is not the droid you are looking for.

Remember, Luxon was the negotiated leader, not the most talented. He became Leader after Collins made her hate pack vote for him after she ratfucked Simon Bridges.

The question is when will Nicola Willis attempt a move against Luxon. Before the election or after it? 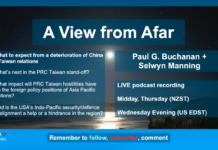 LIVE@Midday Thurs Buchanan + Manning: The Path Ahead For Taiwan China Asia Pacific Nations and the USA 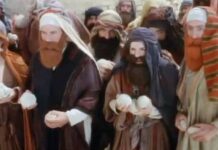 Political Roundup: Is Tauranga headed towards yet another by-election?

If we’ve finished destroying Sam Uffindell, can we do ASB next?