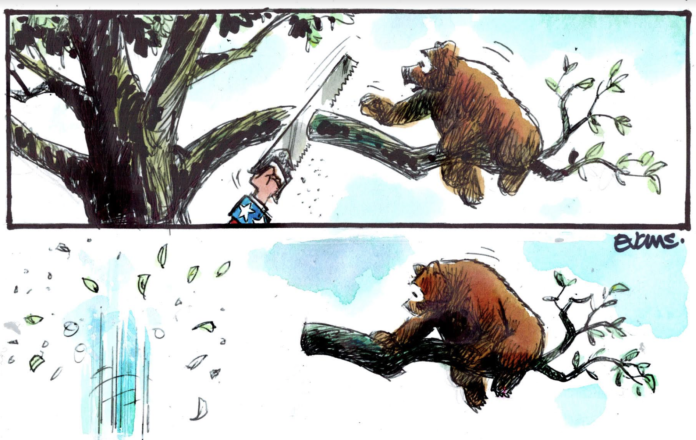 “If it bleeds, it leads” is an old newsroom aphorism which acknowledges that the more horrific the story the more people will be attracted to it. But, since by defintion such stories often deal with human tragedy, it’s only human nature that people, needing to know what happened so that they might empathise, would be attracted.

Another old media maxim, which appeals to a less savoury aspect of human nature, that of wanting to know the forbidden, hidden or the salaceous, goes; “News is something that somebody somewhere doesn’t want published – all the rest is advertisng.” Which is why stories that expose the secret side of people’s doings, especially of those in high places, also often lead the news.

For any news story to be considered complete and so acceptable for publication, whatever its content, it is required to fulfill the criteria of having answered the questions; Who? What? Where? When? Why?  And that’s a rule common to the reporting of events in other constituencies too, like the police accounts of crimes for instance.

Using established rules to report the facts of an event is one thing. but to exploit them to subliminally manipulate our understanding of events, especially when the consequences of a false understanding can have such deadly repercussions, is a threat most people don’t realise they face every day.

Taking full advantage not only of people’s natural inclination to empathise with the victims of disaster, but also their less-wholesome craving to know things that are salacious or secret, a recent post on The Daily Blog pressed every button.

Included in a piece written by someone who, although we’ve never met, I consider a friend and greatly respect, the text repeated every propaganda trope which the MSM has been feeding us these past years, claiming;

“Putin is a KGB thug who probably bombed his own people in Moscow to start a barbaric war with Chechnya. He is homophobic beyond belief and he started a war in the Ukraine…” And, it went on, China is; “a paranoid, aggressively authoritarian regime with mass surveillance powers that sells body organs, commits genocides and has devastated Tibet, Hong Kong and Xinjiang.”

Now while such claims may or may not be true, the fact that my friend then went on to vehemently attack China for reportedly developing new digital technologies designed to enable the Communist party to secretly persuade party officials to “follow the party line,” seemed to be rather ironic if not hypocritical.

How could it be that my thoughtful, committed and passionate friend could declare as true every anti-Russia, anti-China propaganda trope pushed by the mainstream media to engineer our thinking, and in the next paragraph attack China for its efforts to refine its ability to do the very same thing, albeit it in a spooky way?

Perhaps it was “the spooky” nature of this “reported” new Chinese technology that upset my friend, which we could discuss, but that he should use a set of hoary old tropes, each just as “spookily” slipped in our brains as facts, to enhance his argument was surprising to say the least.

We’ve all seen, heard or read the MSM reports of these allegations levelled at Russia and China.  But, unless my friend has access to proofs we aren’t privy to, each and every one of them is countered by readily available and authoritative rebuttals, but not published in our media, which either clearly refute such claims, or otherwise explain their context.

All that aside, until we demand that we be told all there is to be known on any given subject, in which case our understanding of important issues would at least be evenly split, our discourse will continue to be overwhelmingly and vehemently reflective of the MSM’s one-sided narrative.

And as we see our Prime Minister having to obsequiously parrot the same nonsense so that our pitiful economy might stagger on, risking as it does that our little Pacific nation will end up on the wrong side of history, such an imperative could not be more important.

Suffice it to say, as one who has had a close association with the advertising newspaper and PR, industries over many years, when it comes to manipulating the minds of men, electronically or however otherwise, China and Russia are late starters – very late starters!

PS – recommended; “The Hidden Persuaders,” a book written in 1957 by Vance Packard, which the New York Times described as; “A brisk, authoritative and frightening report on how manufacturers, fundraisers and politicians are trying to turn our minds into a catatonic dough that will buy, give or vote at their command.”

Who Rules: The Power of The Media | Propaganda | ENDEVR Documentary https://www.youtube.com/watch?v=DgKv8rrqIpU

Another warning from the Financial Times 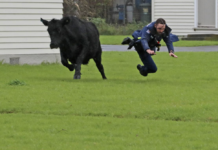