The Human Rights Measurement Initiative (HRMI) has released new data indicating that New Zealand is falling seriously short when it comes to meeting human rights commitments across a number of areas.

Amnesty International Aotearoa New Zealand is deeply concerned by this most recent data.

We note a particularly concerning trend in relation to freedom from torture and ill-treatment, where, since 2017 New Zealand’s score appears to have been largely worsening (in 2017 the score was 7.3 out of 10 and decreased to 6.5 in the latest data).

When asked to provide more context, respondents mentioned the following:

– Insufficient Covid-19 measures in prisons put prisoners at risk due to poor ventilation, double-bunking, and lack of masks

– Disabled people are more likely to be subject to restraint at school, in state care, and in mental health facilities

This latest data adds to a staggering pattern of serious human rights concerns in the criminal justice system. In just two recent examples, the Chief Ombudsman described an incident at Auckland Prison as amounting to cruel treatment, and a District Court Judge found practices amounting to “degrading and fundamentally inhumane” treatment, as well as excessive use of force. Amnesty International and others have documented many other serious human rights concerns.

There is a clear need for fundamental, system-level change.

The issues threaded through our criminal justice system are complex and profound, but there are pathways forward. Among them are those set out by Ināia Tonu Nei and the extensive work done by other researchers and advocates over many years, including the hugely influential paper ‘He Whajpaanga Hou’ by Moana Jackson.

Amnesty International calls on Minister Allan and Minister Davis to accept responsibility and bring transformational change by taking the bold steps needed to ensure our criminal justice system is fair and upholds human rights and dignity for all. 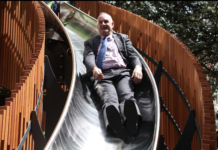 Impact Of War In Ukraine On Defence, Energy, And Trade Likely To Dominate Inter-parliamentary Discussion In Europe – Office of the Speaker 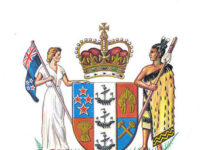