WHEN HENRY KISSINGER, at the age of 98, feels impelled to weigh-in on the Russo-Ukrainian War, we should probably listen. He is, after all, the man who, as US Secretary of State from 1973-77, played the game of geopolitics more adroitly than any of his successors in that office. Ruthless and amoral he may be, but his grasp of the art of international diplomacy is unsurpassed.

And now he is telling the world to bring the Russo-Ukrainian War to an end, right now, while we still can. If we do not, he warns, events may spiral beyond the capacity of any of the players to control them. Coming from the man who brought the world to the brink of a full-scale nuclear war in 1973, this is sobering stuff. What has got this nonagenarian so spooked?

The most probable answer is ‘Oil’. This is something Kissinger knows a lot about. It was the United States’ military support for Israel in the Yom Kippur War of October 1973 that prompted the Organisation of Petroleum Exporting Countries (OPEC) to announce massive increases in the price of oil, and which led the world’s largest oil exporter, Saudi Arabia, supported by its Arab allies, to place an embargo on the export of petroleum to the United States. No single action undertaken in the post-war era has had a greater impact on the fortunes of the West.

It was President Richard Nixon’s decision, prompted by Kissinger, to move the United States nuclear strike force to “Defcon 3” that persuaded the Soviet Union to leave the fighting to its Arab allies in Egypt and Syria. When these failed to defeat the Israelis, it was the US Secretary of State’s “shuttle diplomacy” between the contending parties that secured the lasting cease-fire agreement of 25 October 1973.

What Kissinger learned in 1973 was that it is absolutely imperative to bring any military conflict in which nuclear-armed nations are directly, or indirectly, involved to an end as swiftly as possible. The longer such a conflict lasts, the greater the chances that something will happen that brings the military forces of the nuclear-armed antagonists into direct contact with one another – opening the way for an almost unstoppable escalation towards a full-scale nuclear exchange.

Guided by the United States, the members of Nato have so far restricted themselves to supplying the Ukrainians with defensive military equipment, making it clear to the Russian Federation that the Western alliance will not intervene directly in the conflict. What has so clearly alarmed Kissinger, however, is the apparent lack of diplomatic urgency on the part of the United States to bring about a cessation of hostilities. It explains his very public articulation of the concessions he would require from Ukraine to secure an enduring peace settlement.

Essentially, Kissinger’s peace plan calls for a restoration of the status quo ante – i.e. Russia retains Crimea, Donets and Luhansk. With typical ruthlessness he advises the United States to use its strategic leverage with Ukraine to secure its compliance. Ever the “realist”, he understands that the war can only be ended by the USA and the Russian Federation. That the Biden Administration does not appear to fully grasp this reality, allowing the war to drag on for three destructive months, is what has drawn him back into the international spotlight.

Kissinger is also keenly aware of the impact soaring energy costs will have on the energy-poor nations of the West. The energy crisis sparked by the Yom Kippur War fundamentally deranged the post-war economic and social order, unleashing the destabilising combination of rising inflation and rising unemployment. The parallels with the present global situation will not have been lost on Kissinger.

Nor will he be unmindful of the potential for disaster embedded in the Russian Federation’s blockade of the Ukrainian port of Odessa. Upwards of 400 million human-beings are dependent on Russia’s and Ukraine’s grain for their daily bread. The destabilising impact of an international energy crisis, coupled with an international food crisis, only reinforces his argument for hostilities to be ended with the utmost possible speed.

Kissinger’s familiarity with the rulers of the Arab world will also be causing him to worry about their most likely response to American demands for a price-lowering increase in the output of the OPEC states. Acutely sensitive to the price of gas at the American petrol pump, United States politicians are searching for ways to compel the major oil exporters to bow to their demands – on pain of having their American assets seized. Kissinger’s intimate knowledge of the way the world’s wealthiest states conduct their business affairs will have alerted him to the extreme danger of such threats. Looking at the steady decline in the fortunes of Wall Street over recent days, he may well detect the orderly exit of Arab money from the US market. It certainly makes no sense for the Oil Lords to leave assets in place for the American Government to seize.

But, if the Saudis and their allies are quietly cashing-up, it raises immediately the all-important question of where they should put their newly liquidated wealth. There are only a handful of serious candidates for such large scale investment: China, Russia and India. Such a destabilising shift in the weight of the financial world would alter the balance of the global economy as fundamentally as the crisis of fifty years ago.

More than anyone, Kissinger understands the precariousness of global strategic position. If OPEC pivots away from the USA and towards the Eurasian powers, then Russia’s prosecution of the war in Ukraine can be extended more-or-less indefinitely. Certainly, OPEC’s cash will allow President Vladimir Putin to snap his fingers at US and EU sanctions. The Russo-Ukrainian War will become a simple test to see which combination of forces can hold out the longest – the East’s or the West’s?

Bled dry by surging energy prices, and with the price of bread, butter, cooking oil and meat soaring beyond the reach of all but the wealthiest consumers, the economies of the West will begin to scream. (Just as Chile’s economy screamed when Kissinger caused it to be squeezed in the months leading up to the US-backed military coup against its socialist government in September 1973.) The joyous Western unity, inspired by Ukraine’s fearless resistance to the invading Russian army, will begin to fray. Nato will fall to bickering among its member states.

It is never safe for any power to bet the farm on Russia collapsing first. When it comes to enduring suffering, the Russians have few equals. Secretary Kissinger knows this, even if President Joe Biden does not.

Time to give peace a chance – before somebody does something rash. 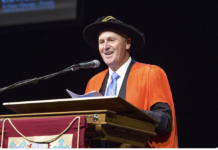 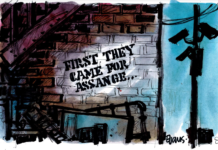