Yesterday, in spite of a rousing and inspiring Pink Power would-be revolution, the dictator’s only son and namesake “Bongbong” Marcos Jr seems headed to be elected 17th president of the Philippines.

And protests have broken out after the provisional tallies that give Marcos a “lead of millions” with more than 97 percent of the vote counted. Official results could still take some days.

Along with Bongbong, his running mate Davao City Mayor Sara Duterte, daughter of strongman Rodrigo Duterte, president for the past six years and who has been accused of human rights violations over the killings of thousands of alleged suspects in a so-called “war on drugs”, is decisively in the lead as vice-president.

On the eve of the republic’s most “consequential election” in decades, Filipina journalism professor Sheila Coronel, director of practice at the Columbia University’s Toni Stabile School of Investigative Journalism in New York, said the choice was really simple.

“The election is a battle between remembering and forgetting, a choice between the future and the past.”

Significantly more than half of the 67.5 million voters have apparently chosen to forget – including a generation that never experienced the brutal crackdowns under martial law in 1972-1981, and doesn’t want to know about it. Yet 70,000 people were jailed, 35,000 were tortured, 4000 were killed and free speech was gagged.

Dictator Marcos is believed to have accumulated $10 billion while in power and while Philippine authorities have only been able to recover about a third of this though ongoing lawsuits, the family refuses to pay a tax bill totalling $3.9 billion, including penalties.

In many countries the tax violations would have disqualified Marcos Jr from even standing for the presidency.

“A handful of other autocrats were also busy stealing from their people in that era – in Haiti, Nicaragua, Iran – but Marcos stole more and he stole better,” according to The Guardian’s Nick Davies.

“Ultimately, he emerges as a laboratory specimen from the early stages of a contemporary epidemic: the global contagion of corruption that has since spread through Africa and South America, the Middle East and parts of Asia. Marcos was a model of the politician as thief.”

Tensions were running high outside the main office of the Commission on Elections (Comelec) in Intramuros, Manila, today as protests erupted over the “unjust” election process and the expected return of the Marcoses to the Malacañang Palace.

The Comelec today affirmed its dismissal of two sets of cases – or a total four appeals – seeking to bar Marcos Jr. from the elections due to his tax conviction in the 1990s.

It wasn’t entirely surprising, as five of the seven-member Comelec bench had earlier voted in favour of the former senator in at least one of the four anti-Marcos petitions that had already been dismissed

One further appeal can be made before the Supreme Court.

One watchdog, Bakla Bantay Boto, said it had received “numerous reports of illegal campaigning, militarised polling precincts, and an absurd [number] of broken vote counting machines (VCMs)” throughout the Philippines.

STATEMENT ON THE MAY 9, 2022 PHILIPPINE ELECTIONS – Fraud, violence, electioneering, and unreliable voting machines have stained the 2022 Philippine national elections#BaklaBantayBoto2022 pic.twitter.com/vWqhmVgwii

“Intensified violence has also marked today’s election. Poll watchers have been tragically killed in Buluan, Maguindanao and Binidayan, Lanao del Sur, while an explosive was detonated in a voting centre in Kobacan, Cotabato.

“The violent red-tagging of several candidates and party lists [was] also in full force, with text blasts to constituents and posters posted within polling precincts, insinuating that they are linked to the CPP-NPA-NDFP [Communist Party of the Philippines and allies].”

This act denied millions of Filipinos access to accurate and unbiased news coverage. Rappler itself and its Nobel Peace laureate chief executive Maria Ressa, were also under constant legal attack and the target of social media trolls.

A BBC report interviewed a typical professional troll who managed hundreds of Facebook pages and fake profiles for his clients, saying his customers for fake stories “included governors, congressmen and mayors.”

Meta — owners of Facebook — reported that its Philippines subsidiary had removed many networks that were attempting to manipulate people and media. They were believed to have included a cluster of more than 400 accounts, pages, and groups that were violated the platform’s codes of conduct.

Pink Power candidate human rights lawyer Leni Robredo, who defeated Marcos for the vice-presidency in the last election in 2016, and who was a target for many of the troll attacks, said: “Lies repeated again and again become the truth.”

Academics have warned the risks that the country is taking in not heeding warnings of the past about the Marcos family. An associate professor of the University of Philippines, Dr Aries Arugay, reflects: “We just don’t jail our politicians or make them accountable … we don’t punish them, unlike South Korean presidents.”

As Winston Churchill famously said in 1948: “Those that fail to learn from history are doomed to repeat it.” 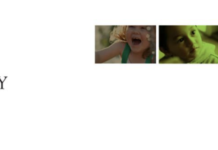 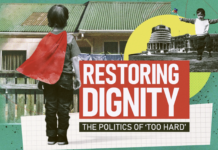 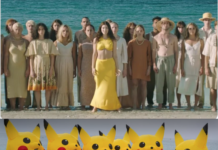