The Green Party is urging the Government to take urgent action to create a fairer tax system that works for all New Zealanders.

The call follows an admission today by the Revenue Minister, David Parker that the richest few in New Zealand are not paying their fair share.

“Most New Zealanders want the wealthiest to pay their fair share of tax so we can fund strong public services and ensure those with the least have enough to live on,” says Julie Anne Genter, the Green Party’s finance spokesperson.

“However, in a speech today, Minister Parker essentially agreed with what the Green Party has been saying for decades: that the tax system we have in New Zealand, which has been overseen by successive Labour and National Governments, is not working for everyone.

“The Minister even said that the Government has ‘virtually no idea’ about the rate of tax the wealthiest people in New Zealand currently pay. However, he does expect research to soon show that these wealthy New Zealanders pay tax at a much lower rate than those on middle incomes.

“According to research by Inland Revenue and Treasury, which was reported on last year, the wealthiest New Zealanders pay just 12 percent of their total income in tax on average. This is partly because we tax income from work, but we don’t tax wealth. Wealthy individuals get their income from untaxed or lowly taxed sources.

“It is remarkable that it has taken the Government this long to figure out that the wealthiest few are not paying their fair share. Worse still, having finally recognised the problem, there are no plans to fix it – other than to spend months developing a set of fairness principles to guide the tax system. Meanwhile, Christopher Luxon is proposing to make the problem even worse by cutting taxes for the wealthiest few, pushing more people into poverty.

“The principle Minister Parker needs to apply here is actually pretty simple: New Zealanders deserve a tax system that will fund strong public services and make sure those with the least have enough income to live with dignity.

“The most straightforward solution is to introduce a Capital Gains Tax or a Wealth Tax on individuals’ net wealth over $1 million – not including mortgages and other debt. This would only apply to the wealthiest six percent of New Zealanders.

“Putting in place a Capital Gains Tax or a Wealth Tax will remove the tax-favoured status of investing in property, which will also help with inflation. The Government does not need to wait until research is completed next year before deciding what needs to change. Minister Parker was clear today: our tax system is unfair. And it needs urgent attention,” says Julie Anne Genter. 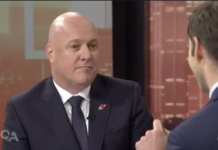 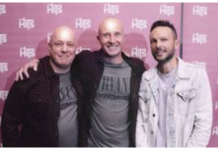