We all love The Faff.

He’s the person Chippy and Robbo put into a Ministry when they want nothing achieved.

The Faff’s nickname is ‘The Blocker’ and he’s been great at that.

His inability to get any reform done on anything unless it’s been subcontracted out to Tracey Martin, his handing of vast sums of money to media for ‘journalism’ and his remarkable talent of not being able to answer basic questions over legislation he is pushing all mark him out as a great bloke you’d have a beer with in the safe knowledge that nothing will ever get done.

Now I’m not suggesting for one second that The Faff is our most hopeless Minister, Poto Williams and Carmel Sepuloni are locked in a death cage match for that honour, but The Faff ain’t our sharpest tool in the shed either eh, and that’s why we are all universally concerned that he is the last person to sign off on a geopolitically destabilising decision that will have profound global ramifications, and if you aren’t worried that Chris’s name is appearing in a sentence that includes the words  ‘geopolitically destabilising’ and ‘profound global ramifications’, you aren’t paying attention…

New Zealand is under international pressure to stop the extradition of a resident to China, after a landmark supreme court decision allowed the government to send a man accused of murder to Shanghai to face trial.

The decision was a reversal of previous court rulings, which blocked extradition on the grounds that Kyung Yup Kim, the accused, would be at high risk of torture or an unfair trial.

Now legislators and members of parliament from around the world, including the UK, Australia and Europe, have now written to prime minister Jacinda Ardern and justice minister Kris Faafoi, saying the case would set “a dangerous precedent” and could open the door to other extraditions. If it proceeds, Kim’s case will be the first time New Zealand has sent a resident to face trial in China.

…how the fuck our Supreme Court came up with this brain fart of a decision is a debate for another day, but that it’s been left to The Faff is deeply alarming!

Like, there should be an adult in the room while Chris makes this enormous geopolitical decision right?

Someone tell me there will be another Cabinet Minister (not Poto or Carmel) in the room when he makes the decision.

A decision that could plunge NZ into turmoil with our allies or start a trade war with China at a time when geopolitical tensions are rising as China moves a military base directly into our Pacific neighbourhood.

We aren’t going to let The Faff make this call on his own eh? 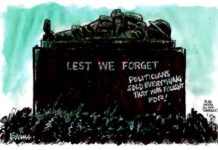 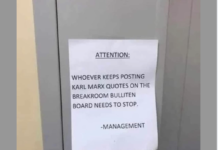