Stats NZ released figures showed inflation rising at 6.9% today. With wage inflation at less than half this level, workers need pay rises to make sure that they don’t fall further behind, said CTU Economist Craig Renney.

“Inflation was being driven by the price of property and the price of fuel. The cost of building a new home rose 18%. The cost of diesel increased by 16% in the last year, which will have flow-on effects to the rest of the economy as it is used to transport goods and services around the country. The price for goods influenced by overseas markets rose much faster than general inflation at 8.5%.

“The inflation data also shows the need to make sure that those with the lowest incomes are protected from inflation. Food prices rose nearly 7%, led by fruit and vegetables which rose 17%. Meat rose 7.2%. The price of 91 fuel rose 8.7% even after the effects of the recent cut in duty. The cost of local authority rates increased by 7.5%. These are all unavoidable costs for many New Zealanders and hit those with the lowest incomes hardest.

“This underscores the long running problem with low wages in New Zealand. This is why we need Fair Pay Agreements to put in a minimum floor for wage and conditions by industry – like they have in Australia where wages are constantly higher. Only by finally addressing New Zealand’s persistent low wages can we help people deal with a rising cost of living,” says Craig Renney. 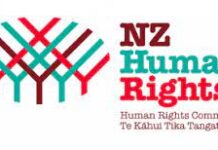