I recall in the early 2000s when Mugabe was on the rampage in Zimbabwe while the world watched on in horror but took no effective action. This all changed when white farms were under siege and some white farmers were killed as Mugabe tried to blame them for his own economic incompetence and failure to provide hope to black Zimbabweans living in abject poverty.

Suddenly the world took notice and here in Aotearoa our Minister of Immigration – now the current Mayor of Christchurch, Lianne Dalziel – spoke eagerly about fast-tracking the entry to New Zealand of white farmers under attack. Conspicuously she didn’t show the same empathy for black Zimbabwean activists who were being murdered in their hundreds and under much higher risk of death and serious injury from Mugabe’s henchmen.

A reaction driven by racism.

Now, regarding Ukraine, the government has announced we will take in 4000 Ukrainian refugees – our best response ever to a refugee crisis.

Here is what Immigration Minister Kris Fa’afoi had to say:

“This is the largest special visa category we have established in decades to support an international humanitarian effort and, alongside the additional $4 million in humanitarian funding also announced today, it adds to a number of measures we’ve already implemented to respond to the worsening situation in Ukraine.”

But why isn’t the same approach taken in other conflicts? After all there are 82 million refugees around the world.

Last year we accepted just 463 refugees from overseas under our 1500 annual quota. I’m sure the government will blame covid but this was the third year in a row we failed to reach the quota.

And right now we are refusing to support some of the Afghans who gave our troops support of all kinds during our 20-year military role in the foreign occupation of Afghanistan.

Earlier this year the Indonesian government abruptly cancelled the study visas of 43 West Papuan students studying in this country and said they must return home. (For those unaware, Indonesia has run a brutal military occupation of West Papua since 1962 to facilitate the logging of its forests and exploitation of its mineral wealth by the likes of Rio Tinto”)

The government should be extending visas and providing support to these students to remain here but no sign of any support so far despite these people being our local neighbours in the Pacific.

Wherever we look racism rules in immigration and our responses to war and oppression. Despite having a Pasifika Minister of Immigration and an indigenous Minister of Foreign Affairs there is not the slightest hint of any change. 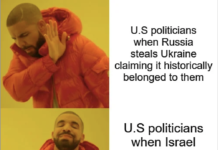 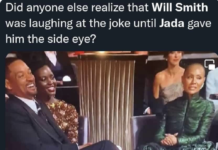