A video has emerged online showing an equestrian event rider repeatedly kicking and hitting their horse, according to reports from the Otago Daily Times this morning. The incident occurred at the North Otago A&P Show on Friday in Oamaru.

SAFE spokesperson Will Appelbe said the rider’s actions were disgraceful.

“After the swift condemnation of Mark Todd’s treatment of horse recently, these horse riders should know better,” said Appelbe.

“It’s completely unacceptable to treat horses like this, and we’re seriously concerned that this behaviour could be more widespread.”

Earlier this month, video footage emerged online of Sir Mark Todd repeatedly whipping a horse. Sir Mark has avoided charges, as the evidence must be less than six months old under Scottish law, where the incident took place. The British Horseracing Authority has suspended Sir Mark pending their investigation.

“Regardless of whether you’re world-famous or an unknown, there’s no excuse for beating animals. We expect authorities to immediately investigate this incident at the North Otago A&P Show and for appropriate action to be taken.” 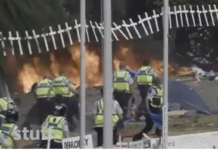 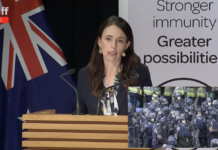