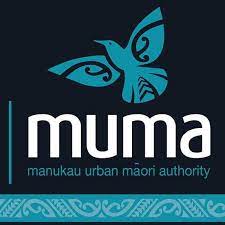 The Chair of the National Maori Authority, Matthew Tukaki, has called for a dual review of both fairer sentencing and enforcement in Immigration laws after an Auckland resident was sentenced to 12 months home detention after being involved in a multi-million money laundering scheme between China and New Zealand. Yingzui Zhang had used proceeds of his criminality to buy homes in Remuera and cars such as new model Bentleys. Tukaki said it was appalling that the man could simply stay at home and watch Netflix while enjoying UBER Eats while others in Aotearoa have been sentenced for far less to custodial sentences such as Welfare beneficiaries. Tukaki also said that at the same time Immigration laws needed to be reviewed whereby those who had committed crimes that otherwise carry a custodial sentence of more than 12 months should have their to residency revoked and deported where no exceptional circumstances are present to remain. In that case Tukaki referenced some leaders behind the COVID19 mis-information also on Character grounds:

“It is an absolute running joke and hypocrisy that this bloke gets away with a Netflix and laugh sentence while we have people who have been involved in, say for example, welfare fraud receive custodial sentences – some of them stole to fund a survival lifestyle while this bloke was on the Bentleys and flash houses in Remuera for laundering money for his Chinese mates. I mean are we seriously to believe that is an equitable outcome. Then there is the case of a lady who stole $48,000 to feed her meth addiction, living in a motel with two of her children in care and she got 18 months – what because she was a Maori with a track record when her last charge was 2014?” Tukaki said

“We are already dealing with the review of cases presided over by one Judge but the list of disparity and inequity in sentencing goes deeper than that. If you were to compare the sentencing of a Maori male for a relatively low level offence with a Pakeha male in the same example the Maori fella is more likely to come off with a harsher sentence – and that’s not to say they shouldn’t get a harsh sentence that the law provides but what is right for one should be right for all such is the point of equitable sentencing. In the case of Sir Ngatata love, who at the time was 79, suffered from a serious heart condition, diabetes and dementia he was sentenced for an amount of $1.5 million to a custodial sentence – in the case of Yingzui Zhang the amount was nearly $10 million and more than that how do we know that some of the money wasn’t bought in to fund illegal activities? So Sir Ngatata Love goes to jail and old mate gets to order his favourite take out while sitting out home watching Netflix” Tukaki said

“There has to be a review of sentencing in New Zealand and its not to say people should not go to jail for the crimes they have committed but it has to be equitable. Let me be really clear here I am sick and tired of the perception being that people of colour are treated worse at sentencing because of the share of their skin or culture.” Tukaki said

Tukaki also rounded in on the immigration policy in New Zealand and specifically the cases of several foreign nationals in New Zealand who have been known to be behind mis-information campaigns when it comes to COVID19.

“You know what you commit a crime in this country then it tells me you do not respect our laws. The very fact you have been charged with an offence tells me you have know respect for our nation so lets not dilly dally with this sort of hoha – you do the crime, you do the time and you are not from Aotearoa then I am afraid we should take a hard line approach and send them packing – and that includes those involved in the money laundering of Yingzui Zhang – you want that to be the way you conduct business then go back to where that practice is acceptable because it isn’t here!” Tukaki said