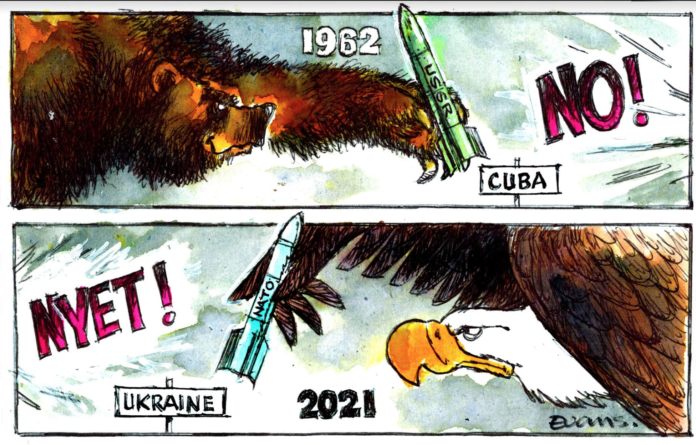 My thoughts are that the sudden explosion of violence in Kazakhstan will make an invasion of the Ukraine more likely.

The Russians have their Cosmodrome their, their secret hypersonic missile test range and Russian owned uranium mines.

The troops Russia and former Soviet allies are sending are being sent to protect those assets and to free up Kazakhstan troops to bash up protestors.

Russia sees this attempted revolution as part of a hybrid  war strategy that America and the West are conducting by seeding Western NGOs into civil society to ferment populist uprisings.

For Russia this is existential meddling in their neighborhood and the likely response will be to push back in the Ukraine with an invasion.

This Kazakh coup is happening over Orthodox Russia’s Christmas and is wall to wall news coverage there so Putin is preparing his country for another glorious war to protect Mother Russia from the decadent West.

The only winner will be the Anerican Military Industrial Complex who will be kicking their lips in anticipation of the weaponry they are about to sell extreme Muslim resistance fighters in Kazakhstan and right wing paramilitary militia in the Ukraine.

If conflict erupts further it will start the next great wave of radicalization fostered by violence.

Watch for China to synchronize a crushing move into Hong Kong if Russia attacks the Ukraine to challenge Biden’s capacity to contain two global flashpoints at once. If Putin & Xi are plotting they will strike after the Winter Olympics.