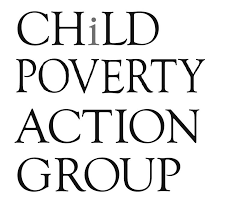 None of the 42 key recommendations of the Welfare Expert Advisory Group (WEAG) have been fully implemented almost three years after the report release, with 22 minimally or partially implemented, new research by the Child Poverty Action Group (CPAG) has found.

The Government’s vision – for a welfare system where people have an “adequate income and standard of living” – is not being realised, according to CPAG researchers and report co-authors Caitlin Neuwelt-Kearns and Professor Emeritus Innes Asher. In their second annual stocktake of implementation of WEAG’s recommendations, they found progress in improving the welfare system to be “slow, patchy and piecemeal”.

“If transformative welfare reform had been introduced as WEAG recommended, our communities would have been better equipped to withstand crises, including a pandemic,” says Professor Asher, who also served as a WEAG member. “Accelerating welfare reform would be an appropriate response to Covid-19 – but so far we have seen slow implementation progress, with no acceleration from last year.”

“An overly complex and unsupportive welfare system detracts from the ability of parents and caregivers to be mentally and emotionally present for their children,” says Neuwelt-Kearns. “At this pace, it could take decades to implement welfare reform as envisioned by WEAG, and such delays are potentially harming children.”

The number of children living in benefit-receiving households has risen by over 15% in the last two years to 208,000 children, roughly one in every five in Aotearoa. Yet the social security system still provides inadequate income and other support for these families, who are among the most likely to live in entrenched poverty.

“We’ve seen some positive developments in the last year, including the Budget 2021 core benefit increases – a welcome step towards income adequacy. However our findings suggest that for most people – including couples with children, and all adults without children – April 2022 rates won’t meet wage-adjusted WEAG rates.”

Furthermore, family incomes are made up of more than just core benefits, and WEAG recommended a “comprehensive package of increases”, including significant increases to Working for Families tax credits which haven’t been delivered.

“The Government has signalled a review of Working for Families, but as yet we have no timeline or details,” says Professor Asher. “Children can’t live on promises.”

“In 2019, WEAG described this comprehensive package of increases as a ‘minimum, immediate first step’, yet families have lost out on crucial income over the last few years due to slow Government roll-out. A couple on Supported Living Payment with one child will have been denied over $25,000 by April next year, because welfare reform was not implemented as quickly as WEAG recommended. These are significant sums that could have made a vital difference to family and whānau wellbeing, particularly during the pandemic.”

CPAG recommends the Government reforms the purpose and principles of the Social Security Act by the end of its current term, to ensure the foundations of the system reflect a commitment to improving wellbeing, and to uphold Te Tiriti. They also urge the Government to leverage the upcoming Working for Families review to deliver substantial income boosts to all families in a timely manner, particularly those in the deepest poverty.