The Office of the Inspectorate today launched a review into the use of directed segregation (or similar regime) and use of force in New Zealand prisons.

“The areas examined by this review will provide contemporary insights across the prison network,” says Chief Inspector Janis Adair.

“I am committing a dedicated team of inspectors to this work because, firstly, it is critically important to do this in a robust way, but also to ensure that we complete this work in a timely manner.

“If there are lessons to be learnt or practices to be updated, I want these to be considered at the earliest opportunity. I am confident the findings and recommendations, which will be released publicly, will be of value to Corrections.”

The review will focus on how Corrections uses directed segregation and force as part of its approach to managing prisoners, and whether this is consistent with the Corrections Act, Corrections Regulations, policies and procedures.

The Terms of Reference for the Segregation Review are available here.

Directed segregation means a prisoner’s opportunity to associate with other prisoners is restricted or denied in accordance with sections 58 to 60 of the Corrections Act 2004 if:

The review does not consider voluntary segregation, which prisoners can request if they feel unsafe.

The review of segregation follows the release by the Inspectorate, earlier this month, of three reports into the management of women in prison. This included a report of the investigation into the management of three wāhine at Auckland Region Women’s Corrections Facility which found that the wāhine were kept segregated without following the process for directed segregation.

The Office of the Inspectorate works to ensure that all prisoners are treated in a way that is fair, safe, secure and humane. The Inspectorate is part of the Department of Corrections, but functions independently to ensure objectivity and integrity. 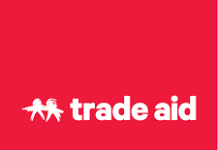 Trade Aid Is Saying No To Black Friday 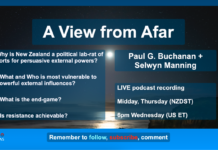 LIVE@MIDDAY: Why Bannonism-Trumpism Has Set Its Sights on Aotearoa New Zealand – Buchanan and Manning