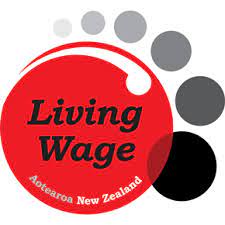 Living Wage Movement Aotearoa NZ has welcomed the Government’s announcement that from 1 December the lowest paid workers in the core public service will be paid a minimum of the New Zealand Living Wage rate of $22.75 when their department’s service contracts come up for renewal.

“This week is Living Wage Week, and the announcement is a huge highlight of the week. Our Movement is thrilled,” said Living Wage Movement Aotearoa NZ Chairperson, Gina Lockyer.

“This is a victory for the faith groups, community organisations, and unions in the Living Wage Movement and the minimum wage workers who have been campaigning for this since the Movement was formed nearly ten years ago. It will transform the lives of thousands of workers and their whānau. It will demonstrate clearly that their work is valued by Government and our society.”

Mele Peaua has been working as a cleaner for over 20 years. She has seven children and has been active in the campaign for the Living Wage for many years. She is now employed by a contractor to clean at the Ministry of Innovation, Business and Employment (MBIE).

Mele said moving to the Living Wage will make a huge difference for workers like her and reduce the need to work very long hours to make enough to get by. “The Living Wage helps us with the cost of living,” she said, “and we only need to work eight hours and then go home.”

Gina Lockyer said the Living Wage Movement was also hugely encouraged that Government has signalled that this announcement is about modelling changes in the wider economy and promoting decent standards of living for all workers.

“The Living Wage Movement has always called on wealthy corporates and institutions funded by public money to lead by example and pay a minimum of the Living Wage,” said Gina Lockyer.

“In Living Wage Week, we are celebrating a growing number of corporate Living Wage Employers, a newly accredited city council — Hutt City — and New Zealand’s first fully-accredited tertiary institution — Open Polytechnic. They join hundreds of big and small ethical employers who have adopted the Living Wage. The Living Wage for contracted workers in the core public service is a major milestone for our Movement.”