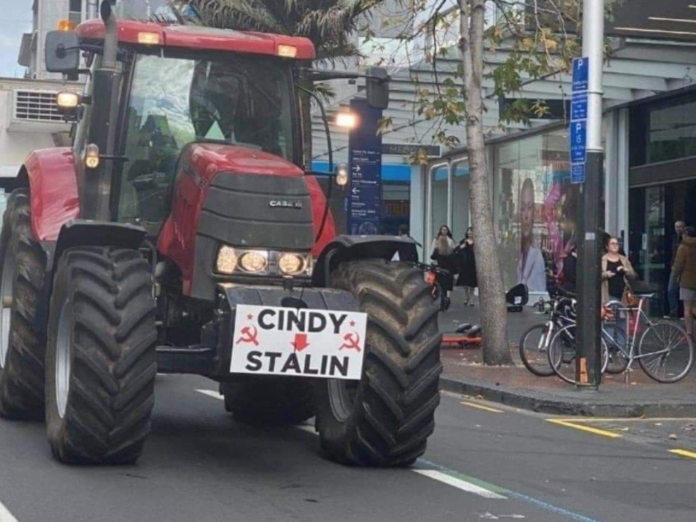 Now Groundswell have hooked up with the AntiVaxxers, the racist 3 waters mob and Qanon, shouldn’t their protest movement get some scrutiny?

How is Jacinda the Communist when it’s farmers driving tractors made in China from baby milk formula THEY are selling to the Chinese?

Farmers are angry that their traditional political sugar daddy – the National Party, no longer have the power to rule the country for them.

When Key was PM, he nationalized water hydro and used the proceeds to create a $400million irrigation slush fund for Farmers to intensify dairy.

Many were trapped by the banks in intensification debt and they are furious the party is over.

The vast majority of our current dairy export is basic milk powder which is pumped into the manufactured food industry.

Any reduction in price via a cheaper synthetic milk product and our dairy exports would crash.

The technology and investment into synthetic milk and meat research means it’s just a matter of time before that cost and carbon footprint comes plummeting down.

I’m not ruling out a dairy industry altogether. Organic farming that feeds the 5million here plus our obligations as Whānau to the wider pacific but not the 40million others!

We don’t need mass investment into synthetics ourselves, we just need to stop selling Dairy to everyone else! 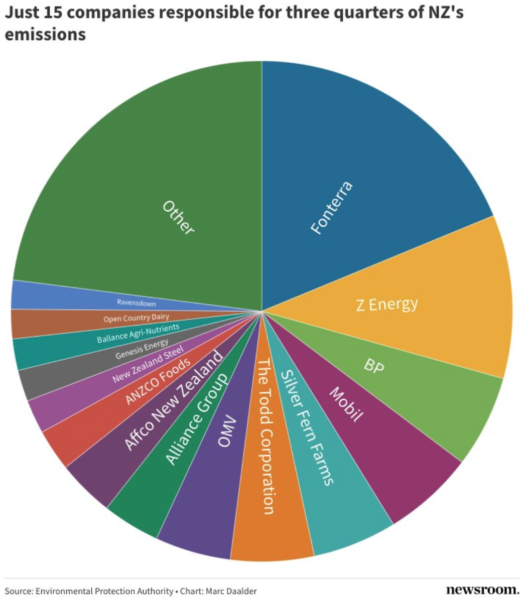 Why should kiwis who already put up with corporate farmers polluting our water and increasing global warming gasses ALSO pay global prices for their product?

How outrageous is it that on top of all this we allow a legal monopoly in the form of Fonterra?

The water pollution, climate crises worsening gases AND we pay the same global price corporate Farmers can get on a global market of 40million others while putting up with a monopoly?

As a monopolistic collective, isn’t Fonterra more socialist than Jacinda?