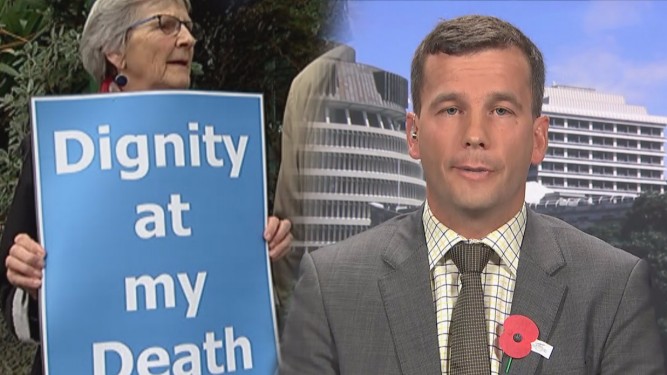 Dr Ben Gray is a very interesting doctor and one of the few that can lay claim to being a hippie back in the day:

He is a medical graduate from the first class at the Wellington Clinical School when established as part of Otago University. Gray has worked as a general practitioner for over 30 years, first in Waitara in Taranaki and then at the Newtown Union Health Service in Wellington.

Waitara had a significant Māori population while Newtown has a very diverse population with significant numbers of refugees from many parts of the world. This has enabled Gray to experience long-term condition management, cross-cultural care and interprofessional practice.

Now he has published (22 October) a thought-provoking article online by Otago University:

Drawing on experience from the north-west coast American state of Oregon which had introduced euthanasia, Gray concludes that it is very likely that assisted dying in Aotearoa would be predominantly taken up by a small number of mostly educated white people.

For the purposes of assisting dying ‘health practitioners’ are medical doctors and nurse practitioners (the latter should not be confused with registered nurses.

In order to understand Gray’s argument it is important to appreciate that fully funded does not mean sufficiently funded. It means that there is no additional legal patient revenue stream available. Invariably and in this context fully funded means underfunded.

Dr Gray correctly observes that this funding objective means that assisted dying is different from the vast majority of other services provided in general practice and hospital specialist private practice; that is, it is fully funded by government. The main exceptions to this rule are maternity services, vaccination services, and care for under 14 year olds.

From this he identifies two important issues. First, why has this fully-funded priority to ‘End of Life Choice’ been given when the Government does not fully fund many other services, particularly palliative care.

Second, the level of funding becomes critical to the implementation of the Act. If the funding does not cover the cost of provision of these services then very few can be expected to provide these services.

The referendum held in conjunction with the 2020 general election and the legislation it enabled was about making assisted dying legal. From 7 November it will be legal to provide assisted dying within the terms of the Act. Gray observes that there was nothing in the referendum, or discussion in the build-up to passing the legislation, that addressed whether this should be fully funded.

He notes that, although it remains to be seen, it is very likely to significantly limit the already limited numbers of general practitioners willing to provide aid in dying. If correct, this will leave public hospitals facing demand for assisted dying at a time when their services are already very stretched.

Gray also acknowledges the additional pressures that the Delta variant of Covid-19 is expected to create for hospitals. He asks: “Do we want our hospitals to prioritise assisted dying over cancer treatment, elective surgery for arthritis, or endometriosis?” This alarming situation has been made worse by the Government’s u-turn in its pandemic response.

Ben Gray’s diagnosis is that assisted dying should be available as nearly all other community services, partially-funded under the existing government capitation payments to general practice, with a patient co-payment to reflect the cost of providing the service.

He believes this would fulfil the obligation to legalise aid in dying without further increasing inequity of health funding and increasing demand on stretched public hospital services.

I find Dr Gray’s argument compelling although, as he acknowledges, the need to fully fund palliative care remains.

Currently palliative care is recognised as an essential health service. Consequently the majority of hospice funding comes from government. But hospices remain seriously underfunded and there is no charge to patients. Instead hospices must depend on regular community fundraising. Currently they must raise over $77 million nationally.

In the advocacy for a ‘yes’ vote in the referendum a common reason given was difficulties of access to palliative care. Palliative care specialists, nurses and others working in hospices provide excellent care for the terminally ill in difficult under-resourcing circumstances. But many terminally ill patients struggle to get access when they need it.

Dr Gray’s solution with a co-payment for assisted dying is logical given the “horrible distortion” he astutely identifies. But a better solution would be to fully fund palliative care including hospices. I have every reason to believe he would support this.