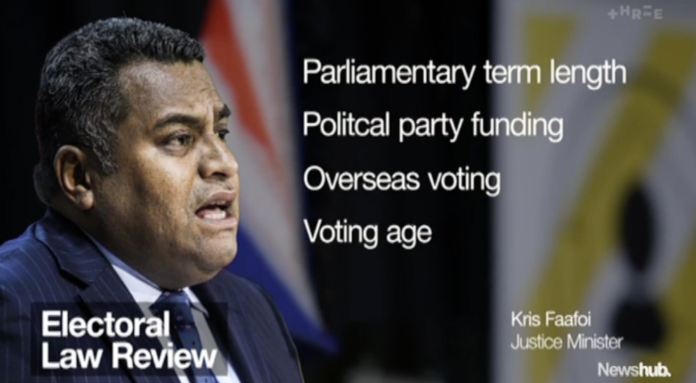 A robust democracy needs political parties to be sufficiently well funded to actively participate in elections.

Parties used to get the money they needed to operate and campaign from thousands of keen members paying a small membership fee and often adding a small donation, particularly in election years.

Social Credit for example had over 2000 financial members in the Rodney electorate alone in its heyday of 1981.

But the days of mass membership are over. Even National and Labour membership has shrunk to all time lows.

So the money that used to come from members has been replaced by money from big business and wealthy individuals, and the policies of the parties in parliament have become more ‘business friendly’ to reflect that reality.

That means the wishes (and needs) of the majority of the population are now coming in a poor second to the desires of the big funders the parties rely on.

But after the scandals of the last year, the government can no longer simply ignore the current rules around funding for political parties just because those rules suit their own purposes.

The Serious Fraud Office’s charging of four people over donations to the National Party brings into sharp focus the need for a radical reform of the donations regime.

This view is strengthened by the investigation into the NZ First Foundation.

A radical reform of the rules is required, encompassing not only political donations, but also Parliamentary Services spending, and public funding for election broadcasting.

Many commentators suggest that would find little favour with the public. Yet we pretty much have it already.

Millions of dollars of taxpayer funding for political parties happens now and the way that funding is allocated substantially skews our democracy in favour of the incumbents.

At the launch of her book ‘Promises Promises – 80 years of wooing New Zealand voters‘ at the National Library in Wellington in September 2020, Massey University professor of communication design Claire Robinson pointed out that the committee of parliament that allocates public money to parties for election broadcasting is dominated by National and Labour and they allocate themselves the vast majority of the money.

“Not only do they gift themselves a war chest from public funds but they also have substantial sums donated by big business and wealthy individuals”, Professor Robinson said.

“This confers on them a massive advantage to be able to retain the dominant position they already have in New Zealand’s political landscape.”

Professor Robinson said she thinks the allocation of public broadcasting funds should be turned on its head so that the smaller parties got the funding they needed to provide people with the information on which to base an informed vote.

“New ideas don’t come from the centre where National and Labour reside but from the margins which are the home of the smaller parties.”

In her book she points out that the change to proportional representation came about largely because of public mistrust in the 1978 and 1981 election outcomes in which Social Credit gained 16.1% in 1978 but only one seat, and 20.7% in 1981 but only two seats. Proportional representation using the STV system had been a Social Credit policy for many years.

In addition to taxpayer money for broadcasting, the publicly funded Parliamentary Service provides around $50 million each year to the parties already in parliament for research and media staff, newsletters, focus groups, surveys, travel, accommodation and a plethora of other services – many of which are used by parliamentary parties to build their public profile, particularly in election year.

If we truly want a participatory democracy, in which ideas from all sources are put in front of voters, and in which smaller parties do have the opportunity to get into parliament and further those ‘new ideas…from the margins’, then equality of funding for all parties meeting a minimum criteria needs to become the norm.

At least then voters would get the chance to accept them or reject them. At the moment their choice is largely limited to the options presented by the very parties the have created the current set of conditions that large numbers of voters are dissatisfied with.

But a continuation of the move by big funders to strengthen their hold on the political process most certainly will. 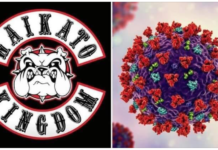 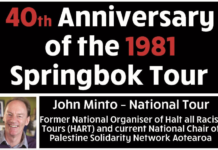