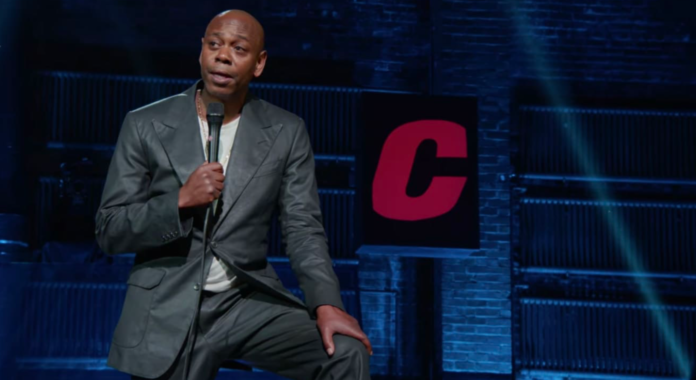 His intelligence and thoughts on the matrix of capitalism, culture and power has made him effortlessly relevant.

I still consider his TV show as the funniest comedy series ever and challenge anyone to pick an episode and not laugh out loud.

His decision to walk away from the TV industry is still considered one of the bravest moves in Hollywood.

The Netflix specials have given him access to a new generation of fans and once again he has picked fun at the cultural elites including woke cancel culture and the ever militant and toxic Trans-TERF schism.

His excruciatingly funny criticism of woke power dynamics from the perspective of a black man in America is devastating.

“Why was it easier for Caitlin Jenner to change her gender than it was for Cassius Clay to change his name?”, he demands.

His criticisms of the woke, Trans militancy and cancel culture have not been well received by any of that easily triggered community and they have spent the time since by trying to damage his reputation and cancel him, so this final chapter in the Netflix specials is aimed at them.

The Space Jew joke, the black on Asian violence joke and his Children’s book idea is satire at its sharpest, most hilarious and powerfully insightful, but it’s when he gets personal with the woke cancel culture that this becomes less a comedy show and more a societal statement by severing of any pretence of allyship.

Chappelle tells the true story of a Trans woman comedian who Dave befriended and had open for his shows and then details what the Trans community did to that person because they defended Chappelle on Twitter.

The shockwave of the cruelty almost makes you burst into tears as Dave promises to never mention the Trans community again because of it.

He provides a counter narrative to woke dogma and warns of its threat and power to alienate in a way few comedians are courageous enough to attempt.

I will never understand how a subset of a subset, 1% of the population can cause this level of toxic rage.

When he drops his mic in anger and disgust at the end of the show,  the woke might pause and wonder for a millisecond how they have managed to turn an ally like Chappelle into an enemy.

This is Chappelle at his best. Buy Netflix just to see it.