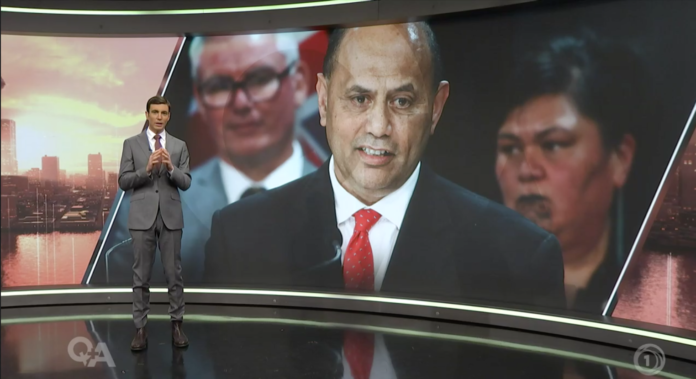 Willie Jackson is on explaining why he as a Minister met over Zoom with gang leaders to get them to vaccinate.

Willie has the mana to get them to commit to the vaccination program and if it succeeds, we can shut down underworld transmission.

This is a public health issue, it’s not a pearl clutching exercise in morality! Shutting down Covid transmission via the underworld to combat a pandemic is for the sake of NZ, spreading anger and hate towards gangs misses the point!

You don’t ban Gangs from using condoms because you hate gangs!

Jackson acknowledges that there have been roll out issues on the vaccination front for Maori but he points out the majority of Maori are young and so have only just become eligible.

He argues that despite the pain and frustration we have a means of navigating this.

Jackson is one of Labour’s best media performers, he just saved them once again!

Middlemoore Hospital’s success at preventing Delta transmissions hints that the worst case scenarios might be less gruesome than feared.

If Labour can balance hundreds of cases of Covid a week while reopening the economy as we sprint to 90% vaccination, it will be a political and public health policy victory that will see them likely to win 2023.

Everything matters this summer as we race towards that vaccination goal, that’s why Willie Jackson is meeting gangs. Labour knows this is the summer that matters most in our battle against Delta.

A brief history of ACT reminded us all of the cavalcade of political circus freaks the Party has spawned. Its latest enormous jump in the polls has been driven by them mutating into a right wing values party. The woke fed ACT all the ammunition they needed to reignite dead political fault lines with the crazy cancel culture.

ACTs far right crazy policies are all being glossed over as ACT keeps cannibalising National vote.

ACT will finally catch National once the Hate Speech legislation starts and the woke scare the bejesus out of the middle by what they consider hate speech.

Great to see Jack rip David to shreds over David’s refusal to acknowledge the Covid deaths ACT will tolerate in their sacrifice for the economy.