“Last month the Intergovernmental Panel on Climate Change (IPCC) issued a code red for all life on this planet. Our government’s response is to continue with business as usual by prolonging any form of response for a further five months,” said Te Wehi Ratana from Te Waka Hourua, Extinction Rebellion Aotearoa. “That is unacceptable given the enormity of the crisis. If our government isn’t willing to act then it falls on everyday people to rise up and try to effect the change that is needed.”

Spring Rebellion, a network of Extinction Rebellion Aotearoa and Animal Rebellion Aotearoa groups, invites people to come together for six days of community building and non-violent direct action from October 23rd-28th. The ultimate focus of these actions is a call for the establishment of an independent Te Tiriti o Waitangi based climate assembly. The government has failed to provide leadership in taking the necessary steps to pave the way to zero emissions by 2025; this is an emergency with enormous challenges and complexity.

“Our government and governments all over the world have proven time and time again that they are incapable of taking the necessary steps to address and mitigate the effects of the Climate and Ecological crises. We believe this is because these institutions are a part of the same systems that created these crises” says Ratana. “Once we acknowledge this, it becomes clear that we must change the way decisions are made in this country to be able to make the necessary transition to a fair, equitable, low-carbon society that honours Te Tiriti O Waitangi:.

“The impacts of climate heating pose an existential threat to humanity and all life on earth. Solutions are needed urgently” says Rachael Andrews, Extinction Rebellion Manawatū. “A climate assembly informs and empowers everyday people to take the lead in deciding a response to climate change that will benefit the whole community and many generations to come.We invite people to join us on Thursday 28 October to explore how a deliberative process might work”.

Spring Rebellion will take place in the week leading up to COP26 and highlight issues including colonisation, the continued extraction and use of fossil fuels and exploitation of the whenua, corporate exploitation of animals, and inaction on climate justice issues. Government incrementalism denies the science and does not heed the warnings of the IPPC.

Join us in Te Whanganui a Tara to draw attention to the intersecting systems of colonisation, capitalism and patriarchy, and the ways in which these systems create the conditions for the exploitation of the natural world to the detriment of all life on this planet.

We rebel with love and respect for all life 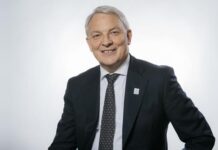 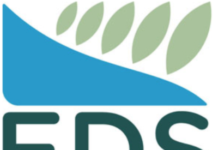