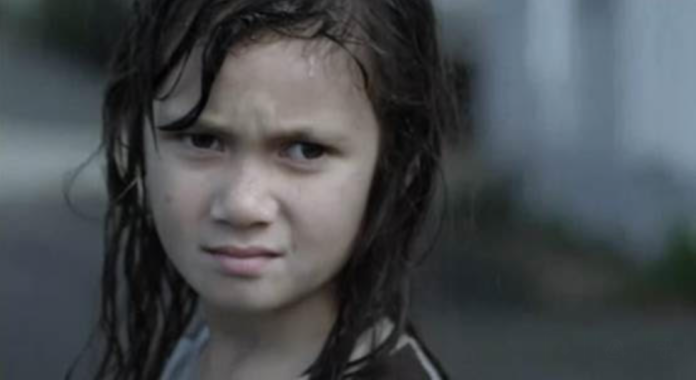 AND SO, at last, we understand what building your house on someone else’s home means. It means living on top of those who were here before you. It means doing everything within your power to prevent them from getting out from under your crushing weight – and standing upright. It means always having someone to blame.

It means packing your poorest, your most desperate citizens, into a handful of ramshackle South Auckland suburbs. Requiring them to send their kids to substandard schools. Providing them with hospitals that start falling apart even before they are finished. Denying them an effective system of public transport. Paying them the minimum wage. Crowding them into sub-standard accommodation. Policing them harshly. Imprisoning them in shamefully disproportionate numbers. Offering them little, if any, rehabilitation when they are in jail.

And now, as if all this beneficence wasn’t enough, it means expecting them to co-operate fully with the authorities in the fight against the Delta variant of Covid-19.

And inevitably, it isn’t enough.

Maybe, if successive governments had spent the last thirty years building the sort of state housing that the soon-to-be-dismantled Housing Corporation was perfecting in the early 1980s, then the people of South Auckland would have been sheltered from the Coronavirus in decent, publicly-owned and properly maintained homes.

Maybe, if those same governments had worked co-operatively with South Auckland not-for-profits and cultural institutions to design and support a system of health delivery attuned to the needs and preferences of Māori and Pasifika families, then, when Covid-19 arrived, those same families would not have fallen prey to misinformers and conspiracy theorists.

Maybe, if both National and Labour had entertained the truly radical notion that entrusting local communities with the power and the resources to teach their children in a way that made them proud of their successes, rather than ashamed of their failures, then the talent and entrepreneurial spirit abounding in those same communities might have been invested in something more personally and socially rewarding than criminal gangs.

But, because those past governments didn’t, our present government is continuing the practice of crowding individuals and families into motels and boarding-houses. It is difficult to imagine an environment better suited to the spread of a virus – especially one as infectious as the Delta variant of Covid-19. (Concentrating so many of the gangs’ actual and potential clients in these places must also be acknowledged as extremely helpful – although not to public health, or personal security.)

And all this must have been known. In the ministries of Social Development, Health, Education and Corrections. In the Police. Politicians must have known about it, too. How could they not? When, every day, the victims of their “Look markets – no hands!” policies were beating a desperate pathway to their electorate office doors? But knowing something, and doing something aren’t always the closest of neighbours. Often they’re as far apart as Devonport is from Otara, and Remuera from Otahuhu.

And, truth to tell, all of us living in the House of Middle-Class Pakeha know that our wealth and comfort comes with a hefty price-tag. It’s just that we’ve learnt how to defer calculating the cost by keeping the decaying communities of the poor, rank with the stench of deprivation and discarded dreams, as far away from our leafy suburbs as possible. Out of sight, out of mind, works every bit as well for the “boguns” and the “boofheads” of working-class New Zealand as it does for Māori and Pasifika communities – better, in a way, since working-class Pakeha lack the conscience-tugging combination of ethnicity and indigeneity.

But, guilty consciences are difficult to live with. Especially when it becomes clear that all the te Reo speaking and name-changing that guilt-ridden Pakeha can be bullied into accepting will not make one South Auckland family richer or better housed. Unfortunately, where consciences turn sour, prejudices tend to flourish. Once the idea takes root that leafy Auckland is being kept from its pleasures by homeless Māori and Pasifika, the demands will not be slow in coming for South Auckland to be locked-down, ring-fenced, and left to stew in its own Covid juices.

It is then we will discover just how securely the House of Pakeha has been built on the home of Māori. How willing tangata whenua truly are to go on carrying its weight – and accepting its blame.